I headed back to work today. Luckily, the students don't start until tomorrow, so I had time to be productive in my classroom (although I probably would have been more productive if the heat had been working...). As the break is officially over, I figured I should recap all the wonderfulness that is was.

We had a total of SEVEN Christmases over the course of the break, and I guess you could say Ian got spoiled (he is the only grandchild on both sides...). Luckily my grandma had hers when we were there for Thanksgiving, or there was no way all of the presents would have fit in the car on the way back from Iowa. It was great spending a week back there with our family. We're not able to spend that long of a stretch back there, and really enjoyed seeing everyone (although we were ready to come home and sleep in our own beds). Instead of doing a big recap of each Christmas, I'll just share our favorite pictures from break. 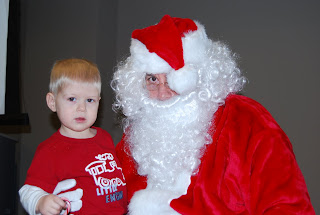 Ian realizes he got cars in his stocking- he actually gasped and whispered, "Cars!" 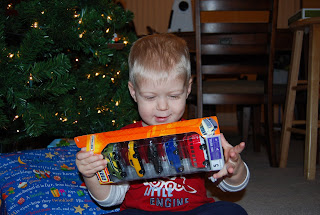 Having fun playing cars on the Cars rug 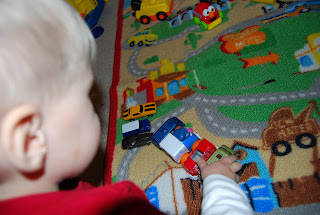 Celebrating with his godparents 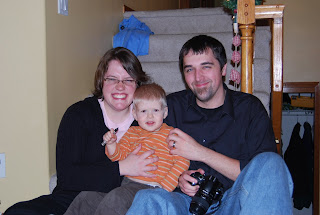 Putting his godchild ornament on the tree 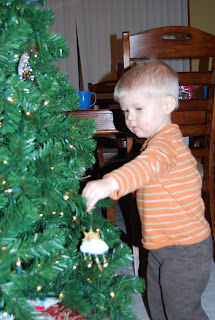 Getting lots of puppy kisses 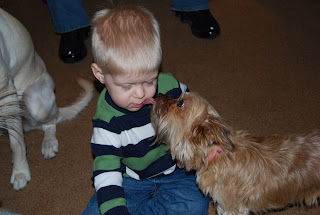 Ian wearing his new Collins Packer jersey- which will get worn A LOT!!! 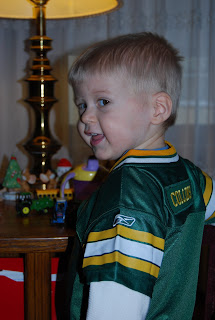 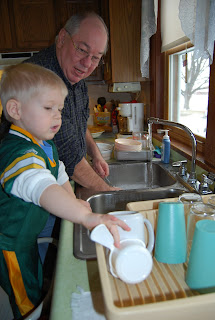 Playing cars (and trucks, and trains, and tractors, and bus) with Grandpa on his new table 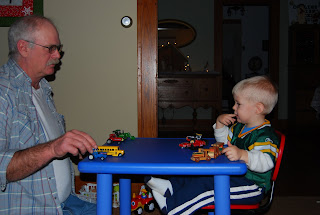 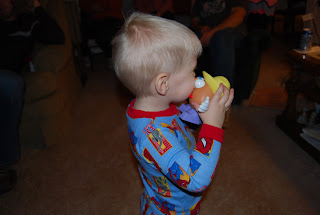 Getting some Grandma love 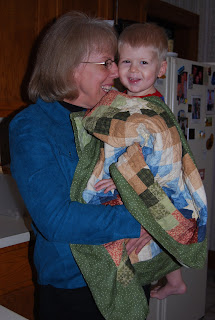 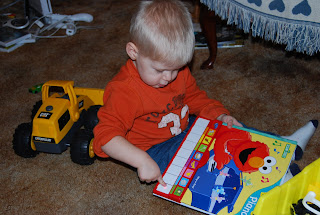 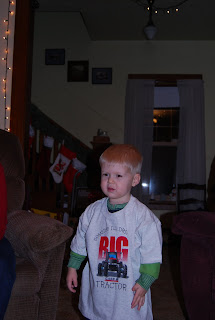 Playing with his little Case tractors. He calls them "Grandpa" tractors because that's what both grandpas drove and collect. 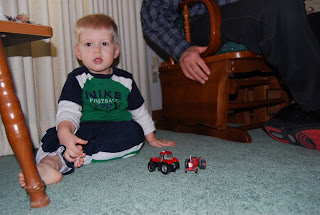 Wrestling with Daddy and cousin Mckenna 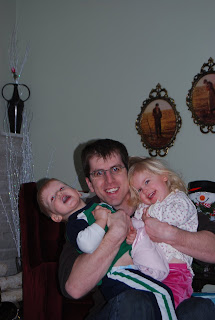 That was quite a few pictures, but considering we took over 300 during one-week's span, that's barely a sampling. Ian was definitely more into Christmas this year than last, when he was more interested in the paper. This year he tore into the presents and wanted each opened right away. He learned that Santa says, "Ho-ho" and could identify him in pictures. He also loved looking at all the lights. I can't wait to see what changes will show up next year.
Posted by Colleen at 7:55 PM