Darrin's parents brought Ian back to Omaha on Friday and we had a BBQ at our house with Marlena, Noah, and Sara. We served brats and hamburgers, beans, and watermelon. Marlena brought red, white, and blue Jello and Sara brought her spinach-strawberry salad. Noah made funnel cakes for dessert. I was stuffed!

We were lucky enough to have the rain hold off for our cookout, but not so much for the fireworks. We drove to the Botanical Gardens where Sara works to watch the big city fireworks they shoot off at Rosenblatt after the game. Shortly after we got their the skies opened up. It was already late and we weren't about to hang around to see how long they would wait to shoot them off. I guess they shot them off around 10:30, when we were getting home and putting Ian to bed.

Saturday proved to be a better day for celebrating. We went to the parade in Ralston. It was 1.5 hours long. I'd never been to a parade that long before. I had also never seen so many firetrucks or Shriners vehicles in a parade in my life. Ian was meserized by it all. It's the first parade he's really watched, all the others he was too scared or little to pay attention. 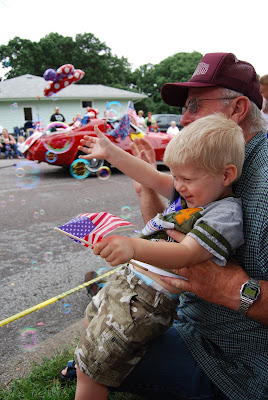 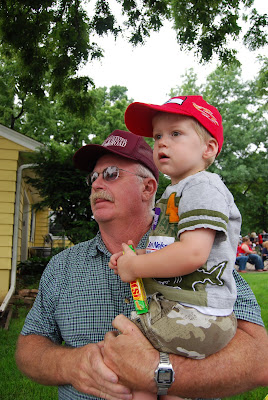 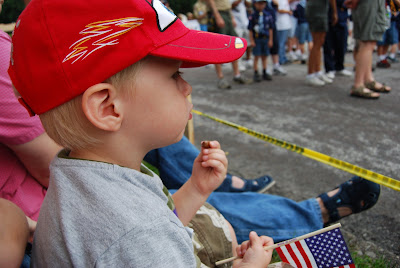 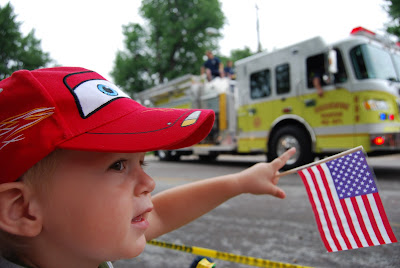 We went to the fireworks that night at Boys Town. I wasn't too impressed, but it was better than nothing. At least I got to try my hand at fireworks photography. 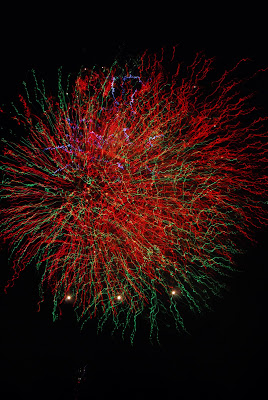 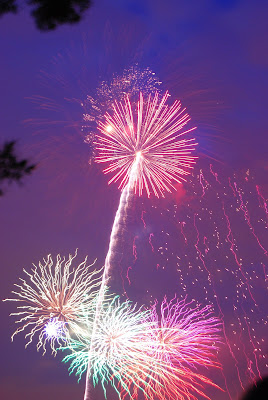 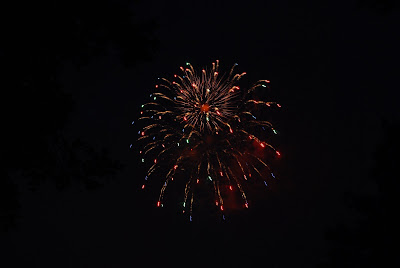 When we got back home, the neighbors were shooting off big ones in the neighborhood, so we hauled out Ian's sparklers. He had tried a few the night before after the BBQ, and he was much more receptive to playing with them tonight. 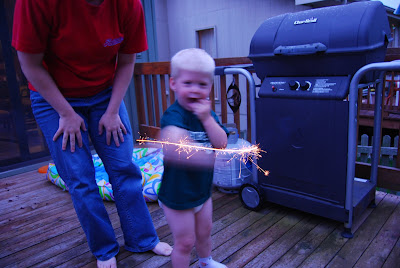 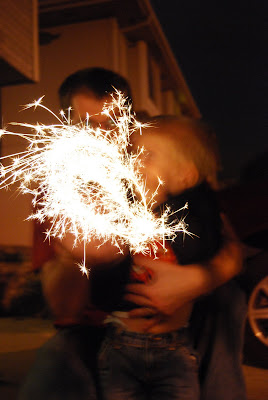 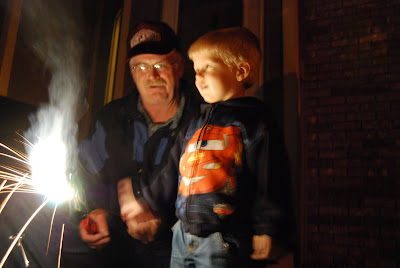 Your fireworks pictures turned out better than mine. I lent my tripod to a friend not even thinking about fireworks. I'm happy with what I got considering my camera was hand held...actually they look kinda cool. With my film SLR, I would have gotten crap if I hand held. Heck, I got crap for firework pictures even with my tripod from the film SLR.