Whew. I'm back from road-tripping through Missouri and am exhausted. Before I recap the trip, though, I need to post my UFO finish. Missing a week of sewing time cut into my productivity a bit. I got the binding sewed down on my May wall-hanging while in the car on our trip. I worked on a few other things during the car ride, but no finishes. 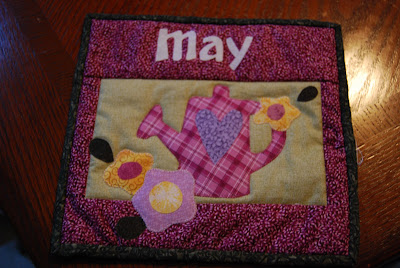 Now that the important stuff is out of the way, vacation recap part one. We left about 8:30 Wednesday morning for Iowa City, where we met my mom and handed Ian over for the week. Darrin and I kept saying goodbye, but he was ready to go with Grandma and had to tell us to get out of there so he could go. I think Ian had the best nap he's ever had during the car ride- could be because of his sleeping buddy. 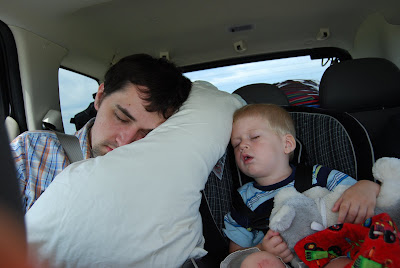 From Iowa City we headed to Hannibal. While there, we had dinner on the Mark Twain riverboat and toured his home. Sad thing was, most of us on the trip hadn't read many books of his (I've only read Huck). I was surprised at some of the titles he had written; I had heard of the books before, but didn't realize he was the author. In the Twain Museum, they had original Normal Rockwell paintings for the editions of Huck and Tom Sawyer he illustrated. They were very cool. We also stopped by a quilt shop. I didn't buy much, just backing fabric for my next quilt. 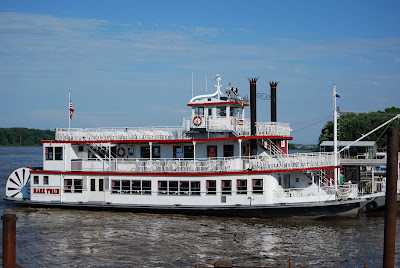 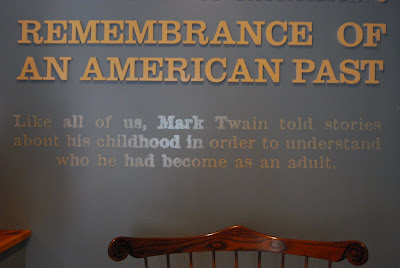 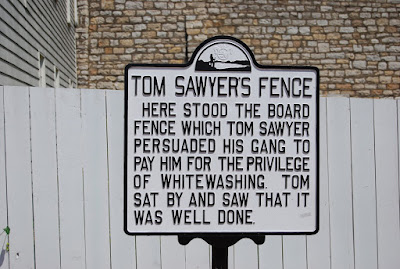 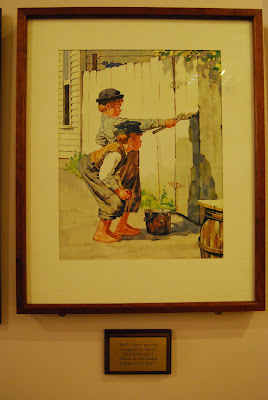 Great job on your finish!

Very cute wall hanging, and that nap picture is just too cute!