The rest of our days in St. Louis everything we did but eat supper was free, and we had TONS of fun. Saturday we spent most of the day at Forest Park, which is approximately 500 acres bigger than Central Park in NYC. It once hosted the World's Fair, and was packed with stuff to do. In the park, we visited the zoo, art museum, and history museum, all for free!

The zoo map bragged about being America's #1 Zoo, and we could tell why. We are frequent visitors to the zoo here in Omaha and thought ours couldn't be beat, but we were proved wrong. The animals at the STL Zoo weren't behind glass like at ours and you could get so close to them. They had a lot more animals than our zoo, too, as well as zoo employees near the animals to provide more information. 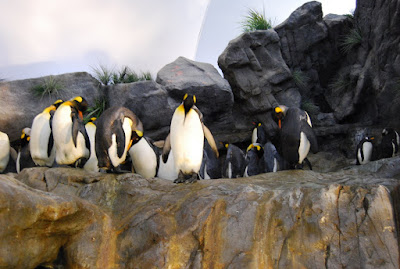 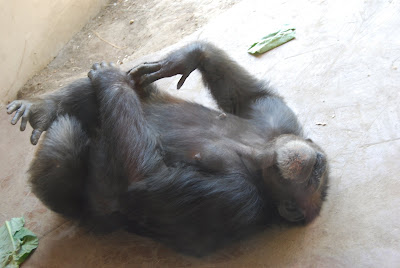 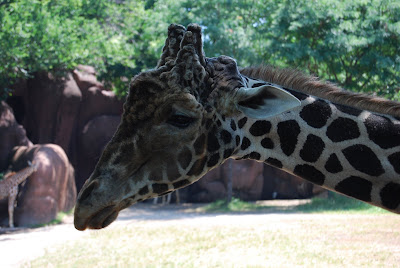 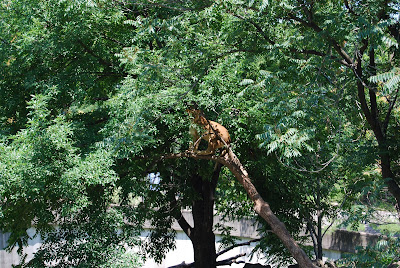 (Lion in the tree)

It was stifling outside that day (over 100 and very humid), so we didn't explore the whole zoo. Instead we headed for the free air conditioning at the art museum. I'm not that big on art, and unless it's a realistic painting/sculpture, I really don't get it unless it gives the back story. So the photographs taken by Ansel Adams they had on display, I got why that was art. The 8 nails in the wall they had connected by wire forming an octagon, I don't get why that was art; my students do that every year on peg boards when we study geometry. 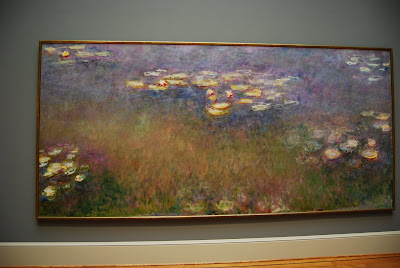 (One of Monet's Water Lilies paintings) 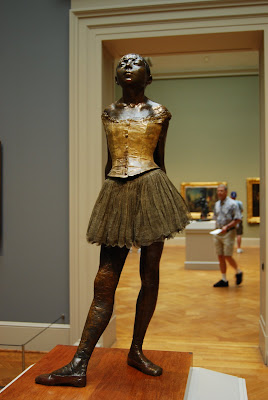 
We spent a bit of time after the art museum in the Missouri History museum learning all about Lindbergh, who I discovered was so much more than just a pilot. We were pretty exhausted, so after resting at the hotel, we headed for supper in The Hill a.k.a. Little Italy. It was some great food. We went to Target for some picnic supplies and back to the hotel for sleep.

Sunday continued our free experiences in St. Louis. We started the day at the Holocaust Museum. It was an experience that is hard to put into words. Even sitting here now thinking back on what I read, saw, and heard there makes me shake my head. How one group of people can do this to another is beyond me, and the sad thing is things like that are still continuing in parts of the world. We must all learn to live by the Golden Rule.

After that emotional experience, we headed to Laumeier Sculpture Park in St. Louis. They had some really cool, outside-the-box sculptures (and some that I thought, "What the heck?"). I'll just let you see for yourself: 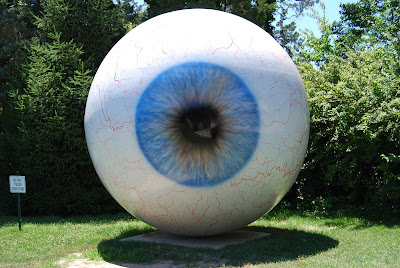 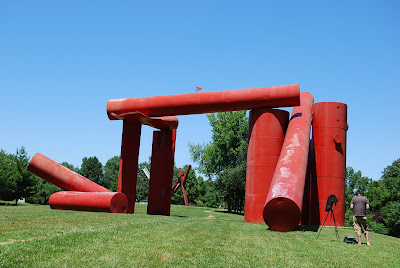 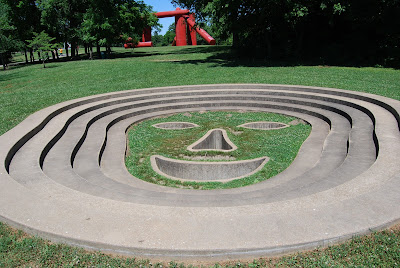 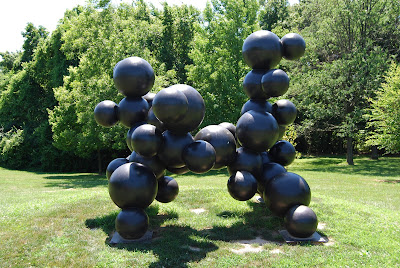 After picnicing in the park, we headed to the GORGEOUS Cathedral Basilica St. Louis. It was built beginning in 1906. I've been to the Vatican and other churches in Europe and it reminded me a lot of those, except they were all painted by hand and this Basilica was done in mosaics. I could handle going to church there, because if I got bored, there's plenty of interesting sights to look at. 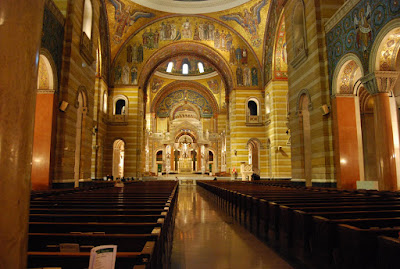 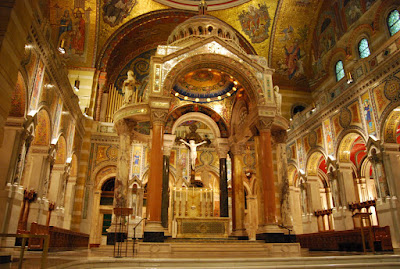 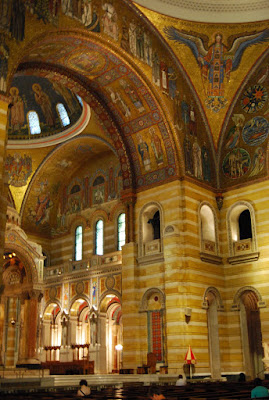 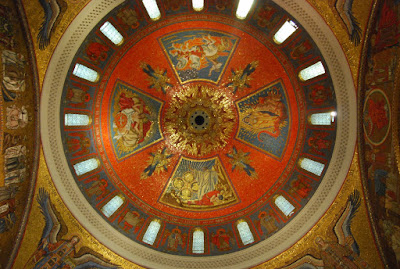 
For dinner that night, we headed to Union Station. The old train station had been converted into a Mariott hotel, along with shops and restaurants. 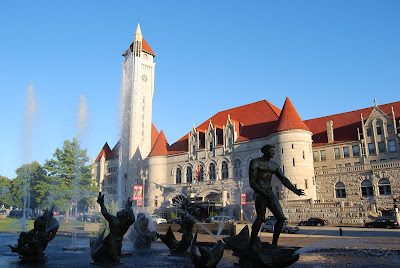 We went to the Arch to grab a few dusk shots, then it was back to the hotel and bed, because we were leaving STL early in the morning.

We did lots of shopping at union station and ate there too. What a fun place to visit.

Love St louis! I haven't been there since I was in 5th grade. I hope you are going to post your arch shots! I agree about the art museum thing. We went to ours a few years back and there was what looked like window caulk pulled away from the windows in bunches...probably 100+ cans worth. I still don't get it.

We also visited the bascilica. When we were up in the arch the park ranger kept talking about it but we didn't know at first what she was talkin g about because of her pronounciation...