While Mommy is Away...

the boy will play.

We had "Safe Walk to School" night a.k.a. "Meet the Teacher" so I had to work late. My boys had one of their many Boys' Nights.

They got home from Applebee's and Darrin headed up the stairs. Ian didn't come up, so Darrin went to see what he was up to. He found him like this: 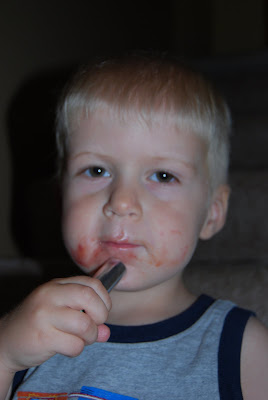 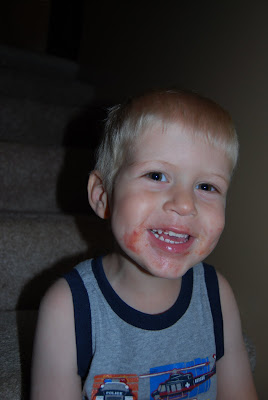 I had unloaded some stuff from my purse, which had included my lipstick and put it on the stairs. Apparently Ian found it and knew what to do with it. The crazy thing is, I think I've only worn that lipstick two or three times (and I've owned it for at least a year), so he's practically worn it as much as me now. I'm actually surprised he knew what to do with it.
Posted by Colleen at 9:19 PM

What an adorable boy you have!