I'm trying a new scrapbooking thing where I take a picture a day to tell the story of our life, because so often before this, I'd have a random picture of Ian that was great but that I couldn't tie into a scrapbook page. This way I can do a page for each week and incorporate those pictures. I'll post the layouts when I finish them, but for now, here are some of the pictures we've taken.

On the 7th, Ian wanted Darrin to get his belly. Darrin pulled his shirt up and he stared calling it his hood. He started running away, though, when Darrin pulled out the camera. Good thing Daddy's quick with the camera. 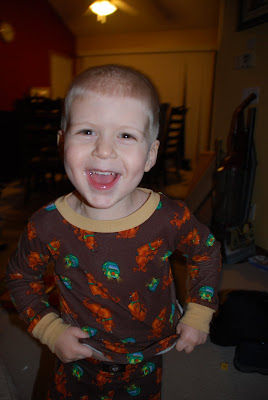 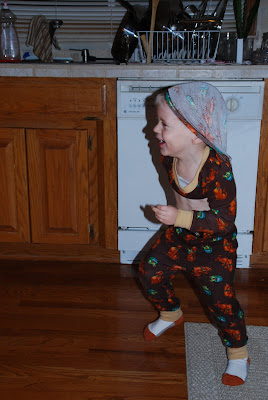 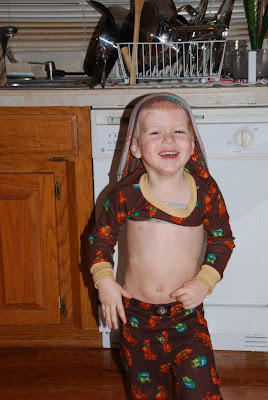 This first days of January have really been about all the snow here in Omaha. We thought Darrin was finally done digging us out when we woke up to this sight Saturday morning. Darrin thinks it was a sabatoge. I doubt it, since there were plow marks on the road... 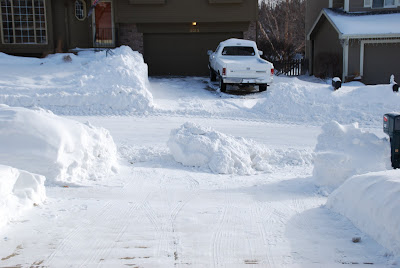 And then there was yesterday, when the Packers scored lots of touchdowns, though fell short in the end. 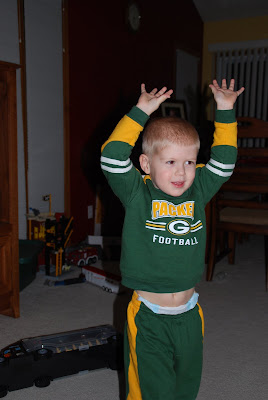 Which brings us to today. Ian asked for help getting the goggles on (which came with a miniature leaf blower for Christmas last year) so that he could go swimming. He learned this weekend about snorkeling and apparently wanted to pretend. Somehow it transferred into sitting on the couch with me. The couch was a snow plow one minute, a train the next, and even a boat. We drove whatever he decide it was like the crazy drivers we are. 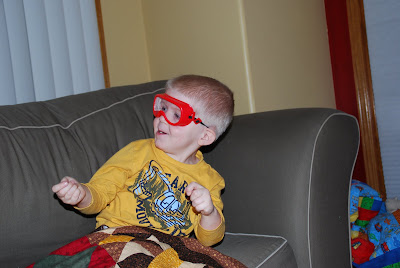 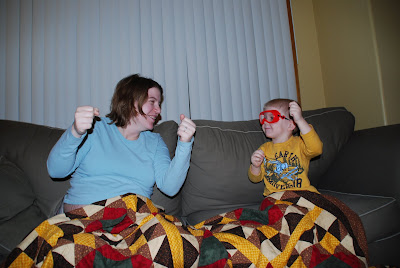 Looks like you were having a great time and it's these pictures you'll always remember.

I think your idea for the pictures is great. It sure looks like the two of you were having a fun time. Thanks for sharing with us.

I love your blog posts! Ian is so cute!

I love my little nephew he's so smart and clever. Love the haircut too. - Cara

Interesting… I might try some of this on my blog, too. It’s quite interesting how you sometimes stop being innovative and just go for an accepted solution without actually trying to improve it… you make a couple of good points.