Ian turned three on Saturday and we had a great time celebrating with family and friends. The weather cooperated enough for my grandparents, parents, sister, and in-laws to make it in from Iowa. Ian did a great job entertaining everyone with his antics. It's pretty interesting to see how he changes when he has a crowd's attention instead of just mom and dad's. Here are a few pictures of the day:

The theme was Caterpillar construction. Hy-Vee made the cake for us, and I filled the back end of his dump truck with ice cream and topped it with crushed chocolate and honey Teddy Grahams. 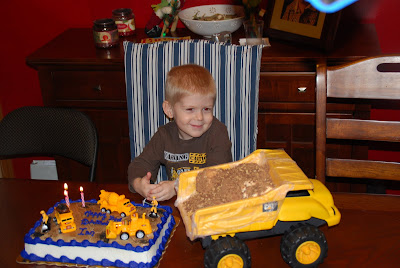 Ian's cake wasn't the only dessert at the party. My sister Cara and her husband Shawn surprised my parents and grandparents with some news of their own. When everyone thought I was going to bring in the ice cream, Cara brought in this instead: 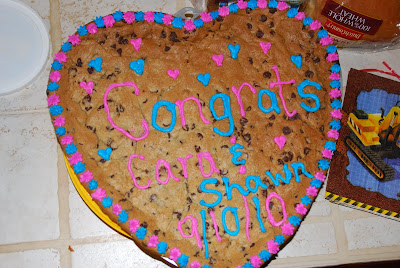 He got lots of presents, and while he didn't really care about the stack of clothes he got, I was very excited by them. He was more taken with his books, tractors, kitchen set, and felt food. 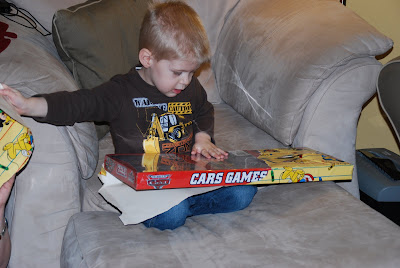 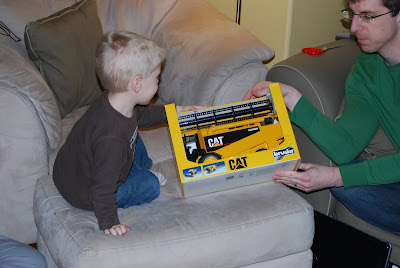 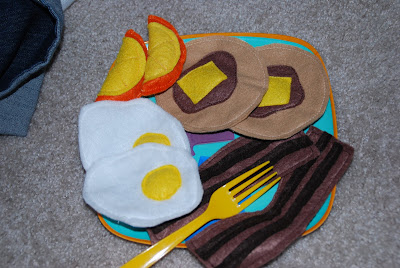 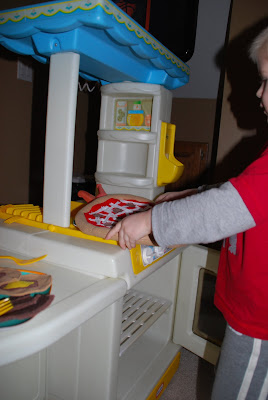 Now it's just a waiting game for Ian's brother or sister to arrive. I got a nice start on quilting the quilt yesterday, but my guilty conscience took over and I had to put it aside to work on lesson plans. Hopefully his sibling holds off until my to-do list is diminished!
Posted by Colleen at 9:30 AM

I saw your link on facebook and came to check out your blog! Great idea on the ice cream dump truck. Happy Birthday Ian!