I made it through Thursday at work, which has been my goal this whole pregnancy. Whoo-hoo! I wish I had brought my camera to work so I could have snapped a picture of my classroom. The only other time of the year it looks that good is a few minutes before the kids walk in on the first day of school. And all my plans are laid out for Nancy, so this is the first weekend in a long time I won't have to work on any plans!

Now the waiting/guessing game begins. When will this little one make an appearance? Darrin and I have plans for the next few days, and we're playing the, "Will we be able to do them or not?" game. They're not major plans, so if the little one decides to show, we'd be fine with that. My plans are with Marlena, and I know she'd be joyous if we had to cancel plans because of the baby. She heads out of town for at least a week starting Wednesday and is worried I'll go late. She missed Ian's birth because of a trip, too. I keep teasing her it will be the same way this time around as well.

Ian has asked the past few times when picked up from day care, "Is my baby here?" According to Angie, he talks about the baby a lot and how he's going to help take care of it. I hope that all comes true! This morning at breakfast he repeated something he said last night as we were getting ready for bed, "Annaliese is in your belly and Isaac is in my big belly." Tried explaining that's not how it really worked, but it's pretty hard to reason with a three-year-old sometimes. He keeps flip-flopping back and forth between saying he wants to bring Isaac or Annaliese home from the hospital.

I just finished washing the dishes and pulling some banana chocolate-chip bars from the oven. Now we'll at least have snacks to eat when we bring the baby home. Perhaps I should have prepped a few main meals, too... I'm convinced that woman near their due dates nest not because of the impending baby, but because of the impending guests. During the few contractions I had last night, as I'm laying in bed wondering if this is the real thing, all I can think is, "Please let me have Friday to clean my house!" I haven't been home for the past two nights because of conferences, and it shows.

Here's some recent pictures of Ian: 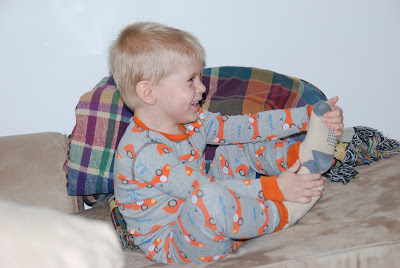 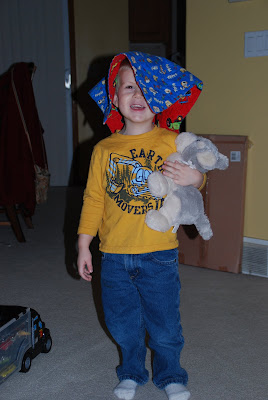 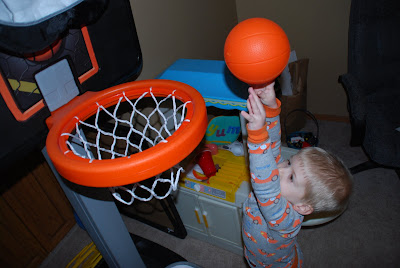 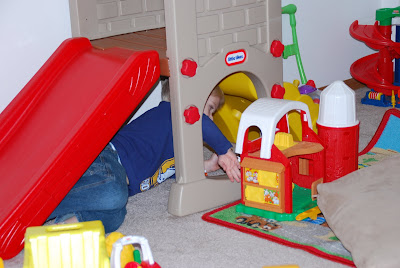 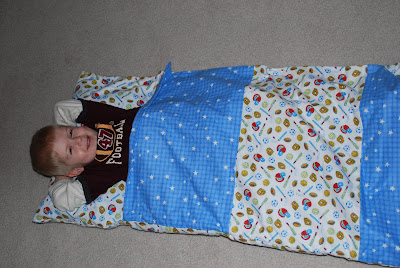 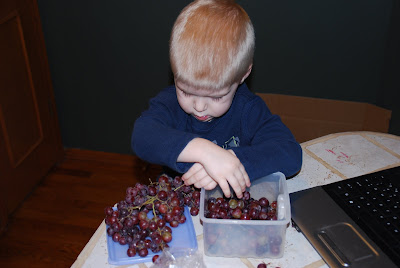 So glad to hear you made it this far. Hope you have a great weekend and I can't wait to hear what you have.

Keeping you and baby in my prayers. Can't wait to see pics. Ian is just adorable. Count your blessings! They are many.

Now that you finished school you are subposed to be taking it easy. It doesn't sound like you are. Enjoy this time and I can't wait for pictures.

So happy you could get everything done you wanted to. At least with #2 you don't have any illusions about what you'll be able to get done once the baby gets here!