If today was any indication, Ian is going to be a wonderful brother. He spent the night at Marlena and Noah's last night, and after he woke this morning, Marlena told him his baby sister had been born while he was asleep. She was telling him that when he saw her today, she would be very tiny, and in his serious, matter-of-fact voice, he added, "And she'll be beautiful." How right he is. 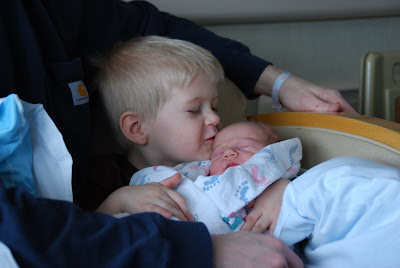 He was very shy when he first walked into the room, but after Darrin sat down in the chair with Annaliese, he joined them. His first task as the big brother was to shush everyone in the room. He felt it was very important we all be quiet. Which only lasted until he got comfortable in the room, then he was running around and playing in the fort he created like she wasn't even there. 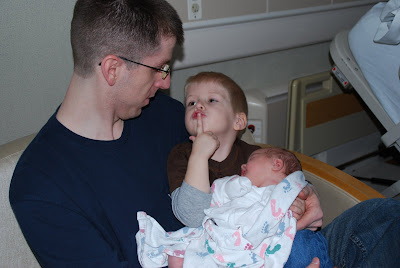 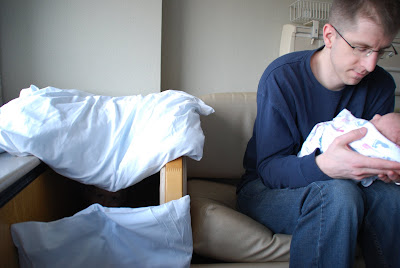 If you look close, Ian is hiding in his fort to the left of chair Darrin is on.

He brought one of his baby toys from home for her to play with, and as soon as she woke up, he handed them to her. He didn't quite get that she can't yet hold them, but it was such a sweet thought. 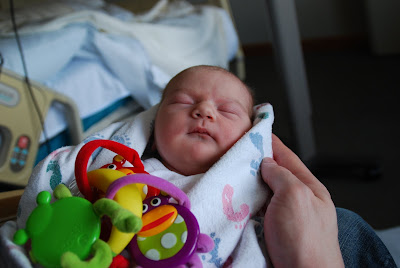 He has sang her many, many rounds of "Rock-A-Bye Baby" and "On Top of Spaghetti." Every time she would cry while he was in the room, he'd break out into song to calm her down. 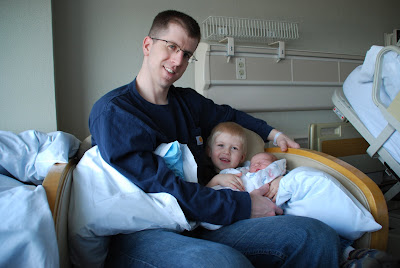 And he had the pleasure of being the first to read a book to her, "Goodnight Moon." Marlena and Noah gave it to her as her 'birth'day book, just like they did for Ian. 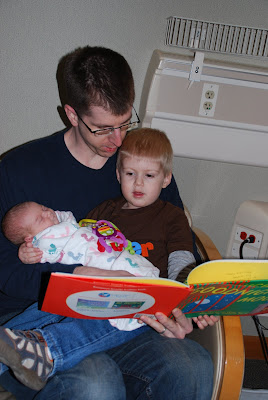 My parents made it into town today, too, so now Annaliese has met all her grandparents. 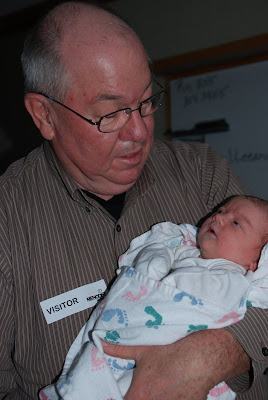 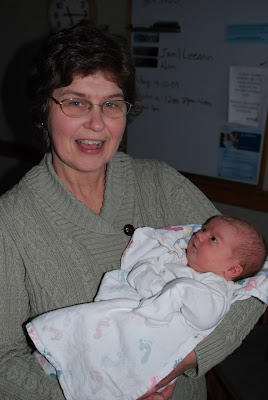 Email ThisBlogThis!Share to TwitterShare to FacebookShare to Pinterest
Labels: Annaliese

What a beautiful, bright eyed baby girl! It is so sweet that Ian is already protective of her.

Congrats! She is gorgeous! Sounds like Ian will be a great big brother. Hope everyone is able to get some much needed rest.