Our Week in Pictures

It's been a week since I last posted and a lot has happened since then, but instead of writing about it, I thought I'd just let the pictures tell the story (click on one if you'd like to see it larger). 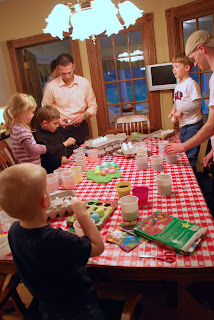 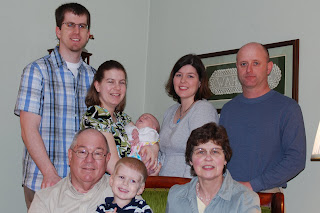 We snapped a family picture while we were all together in Davenport for my Grandma's 80th birthday party.
Notice how Darrin towers over the rest of us... 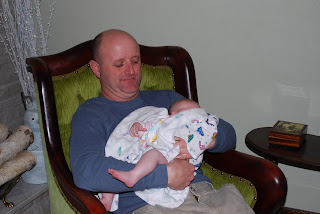 Uncle Shawn holding Annaliese for the first time. According to my sister, it's the first time he's
ever held a newborn. He better get used to it, he'll be a dad in September. 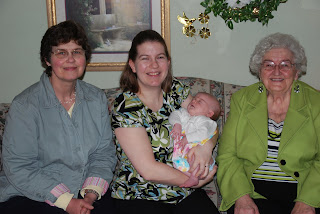 Four generations on my mom's side. 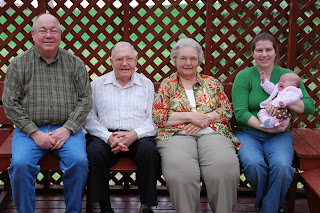 Four generations of my dad's side. 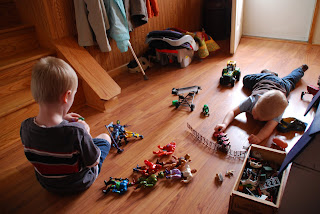 Ian and Connor playing a combination of farm/He-Man at Easter brunch.
We hadn't seen Connor in awhile and it was so neat to see the boys play together. 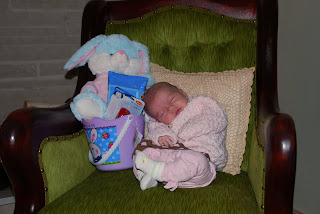 Annaliese posing with her Easter basket. 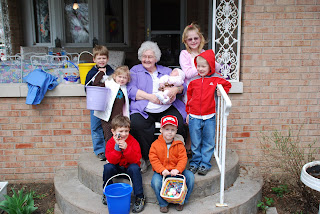 Great Billie with all her great-grandkids after hunting eggs in her yard. 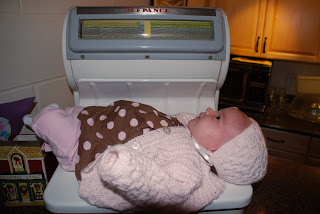 Annaliese getting the traditional weigh-in (nearly 11 pounds).
This scale used to sit on the counter at my grandparents' general store, where all of us were weighed on it.
It now sits in my grandma's basement since the store has closed, and I have done my best to continue the tradition. 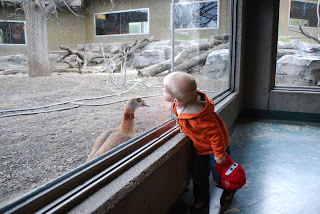 Darrin took the day off Monday, and we headed to the zoo. Annaliese slept through most of her first zoo trip.
Ian headed to the aquarium first, his favorite spot, then to the cat house and gorillas.
Here, the bird was right up against the glass, so he decided to give it a kiss. 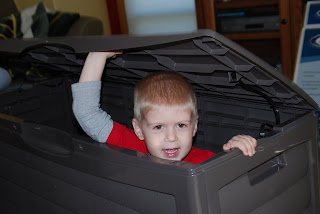 On Wednesday, Ian tested out our new deck box to see if there would be enough room to store all his outdoor toys. 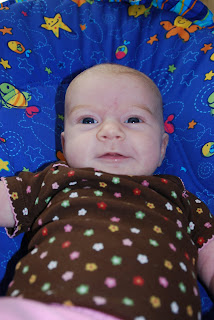 Annaliese has smiled enough the last two days that I'm convinced she's actually
smiling at us instead of random smiles.
Posted by Colleen at 8:51 PM

What great pictures, thank you for sharing them with us.