Picnic: Saturday we went on our first picnic of the year to Chalco Hills. I remember back in the day when my family would go on picnics helping my mom pack up sandwiches, chips, fruits, veggies, etc. Not us, it was Subway for Darrin and I, while Ian did get a PB&J from home. It was a bit breezy while we were eating, but was quite warm while Ian played on the equipment. After that, we went for a walk through the woods. Annaliese ate while we did, and then slept the whole time on the walk in her wrap. Ian impressed me in that he kept his big boy pants dry the whole time, and never wet them. He said twice he had to go to the bathroom, but he didn't want to pee in the outhouse at the park (I don't blame him) and on our walk, wasn't comfortable peeing in the woods :) While walking, Ian kept swerving in front of me. I asked him to walk in a straight line, and his response was, "I don't see a line, Mommy." (if you'd like to see more pictures, check out Darrin's flickr slide show to the right). 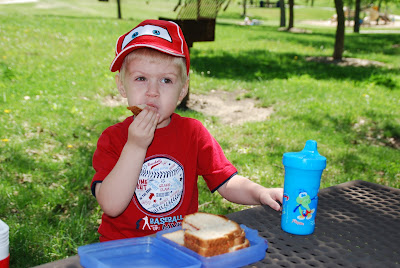 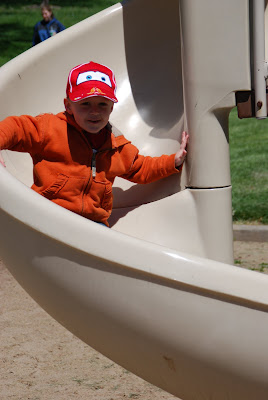 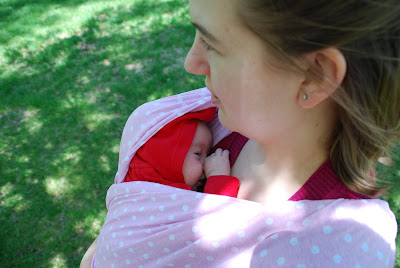 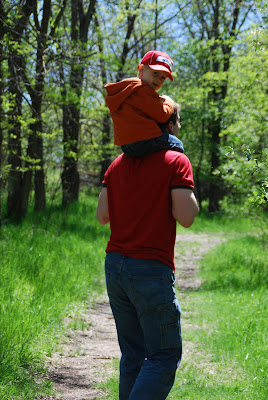 Playtime: Annaliese loves to lay in her crib and look up at her mobile. It doesn't put her to sleep, but instead seems to invigorate her. Ian wanted in to join her, and who are Darrin and I to argue with him wanting to play with her (soon enough, I'm sure, he'll want nothing to do with her...). 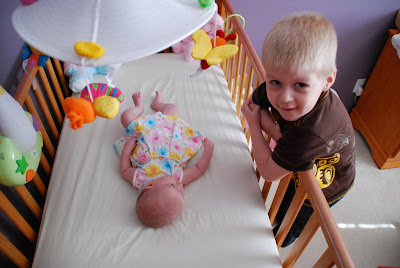 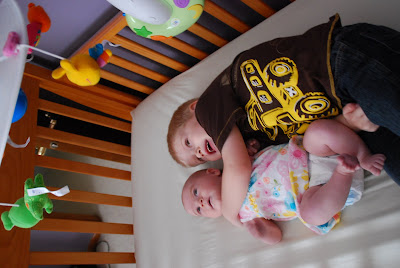 Paper: Saturday was National Scrapbooking Day, but I honored it on Sunday with Marlena. Usually we just scrapbook whatever we each feel like doing. We changed it up for the holiday, each following the same design, but using our own pictures of a holiday of our choosing. 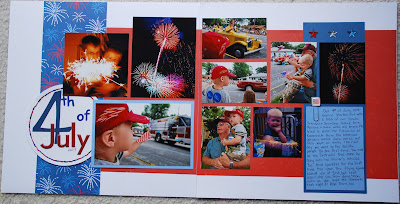 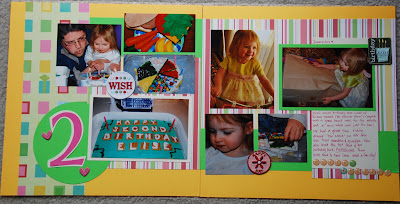 Pink- for the three band-aids Annaliese had to get for her 2-month shots. She's 11 pounds and 23.5 inches long. According to the percentiles (55% and 87%) that would make her tall and skinny I guess. The doctor was impressed with how well she can hold her head up. Annaliese actually rolled over on the table while she was showing her. She was also jealous of how much sleep Annaliese lets me get at night, as she has a baby one month older who isn't sleeping as long as Annaliese yet. 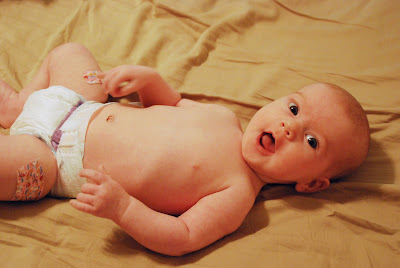 Thank you for sharing all the pictures with us your kids are just beautiful.

Love the picture of Ian up on Darrin's shoulders...so cute and Annaliese looks a lot like Ian in that last picture! Beautiful kids!

Ok, that McQueen hat that Ian has is just too cute! And, hooray for him keeping his pants dry! Love the pics of the kids playing in the crib together...with they way he loves her, I bet they are BFFs for a long, long time!