Today was quilt day with the ladies and I have no pictures to show of it. For the total 5 hours I was there, I sewed maybe 45 minutes, and that was hand work. I brought fabric to make curtains for Annaliese's room. Turns out I didn't have enough. Then I moved on to putting the borders on Ian's quilt only to discover I had forgot the power cord to my machine at home. Luckily I had brought my box with all my UFOs in it, so I pulled out some hand embroidery... but I only had the amount of thread that was on it, that was it. So when that was used up, I put the border on one of my monthly wall hangings and started hand sewing it down, but then had to leave. So really, I didn't accomplish much of anything today.

When I wasn't sewing, I was playing with my new phone. Yesterday Darrin and I made a trip to the Sprint store and bought some HTC Hero phones. With the touch screen, internet, texting, and so many more things I have yet to discover, it is a huge step up from our phones that were talk only. Darrin is constantly playing with his; apparently he can program his own apps for it. Maybe he'll finally get around to doing the recipe program I've been requesting for awhile.

Before we went to the Sprint store, we visited the farmer's market at Village Pointe and picked up some asparagus, cheese, and beef sticks. As we were eating the asparagus last night, Ian pointed to the top part of his asparagus and said, "Look, it has a cornfield on it!" Apparently the flowers looked like corn stalks in a field to him.

Tomorrow both kids are headed to day care so I can get my classroom all packed up, but then we're together for summer vacation. I'm a bit worried about how Annaliese will do, because she really only likes to sleep in her bed, but it's only a day, so hopefully she'll be fine. I'm sure her big brother will look after her. He's headed to preschool next year. We went and toured one on Friday. He was obsessed with the paint easel, and is all he wants to learn how to do next year. 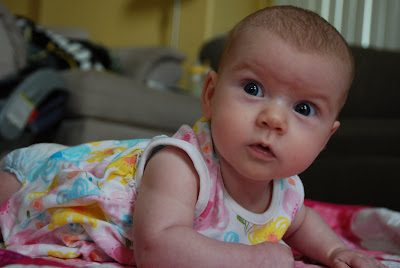 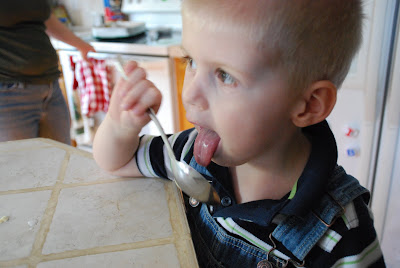 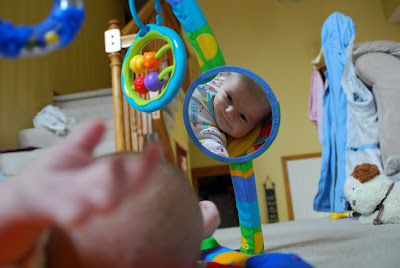 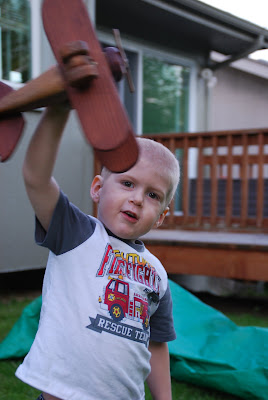 The kids look like they are having lots of fun. I'm sure you'll enjoy your summer home with the kids.