Here are some highlights of my cousin's wedding this weekend in Davenport: 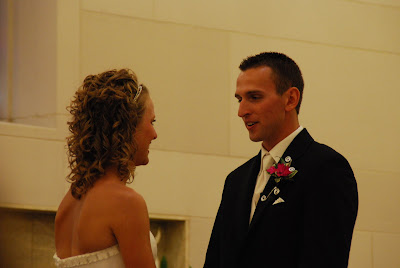 The young couple in love 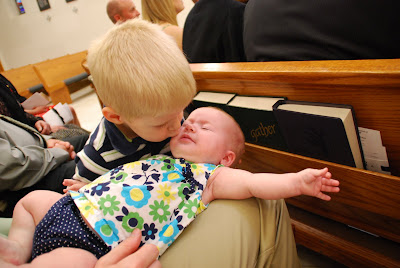 After the groom kissed the bride, Ian kissed his sister. 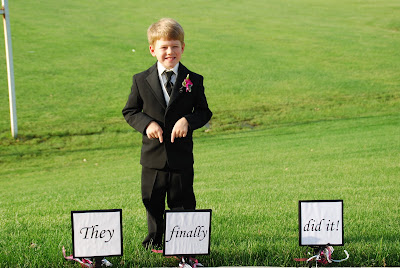 The 3 ring bearers carried these signs out when the ceremony ended.
The other sides said, "Here comes the bride," which they showed when they escorted her. 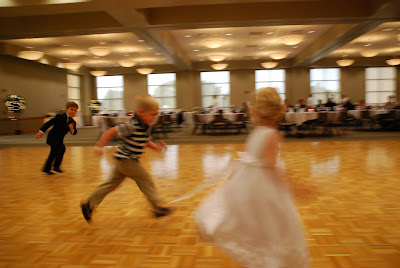 All the kids had loads of fun on the dance floor waiting for the wedding party to arrive. 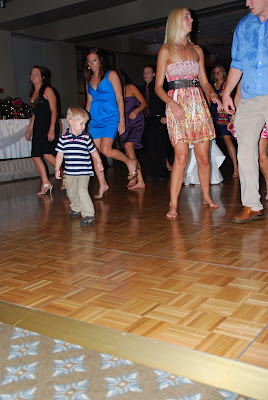 Ian loved it when the Cha Cha slide came on. At one point he was in the middle of the crowd trying to copy what they were doing. He eventually discovered being on the end worked better. It was so cute because they'd say stomp, the crowd would, then Ian would; or they'd all hop, and then he would. 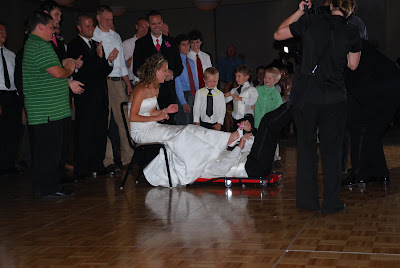 It's a little hard to tell in this photo, but to remove the garter, the groom laid down on one of those boards you lay on when working under a car. He stopped on his way as he was walking up to the bride, asked if anyone knew a tool man, because he needed the right tools to get the g off, and his now father-in-law brought it out for him. Cutest garter removal I've ever seen. 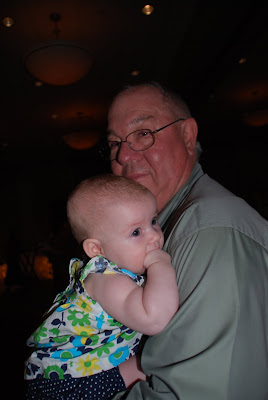 It was a blast. We all left the party at 11:00 exhausted. Annaliese got passed around from one person to the next, and slept maybe a total of 30 min the 6 hours we were there, but was never fussy (so glad our happy baby is back!). And that night was so full of energy she took forever to wind down and sleep.
Posted by Colleen at 8:32 PM

Email ThisBlogThis!Share to TwitterShare to FacebookShare to Pinterest
Labels: Davenport