always a camper, at least that's my thinking. While last weekend was devoted to quilting, this past week has been devoted to scrapbooking. I subscribe to Creating Keepsakes magazine, and their online site, Club CK, held a summer camp this past week in which you could earn merit badges; how's a former Girl Scout supposed to say no to that? (and if you're thinking dork, don't worry, as I was typing that, I was, too). They posted two badges a day during the week, and thankfully gave us the weekend to complete them as well. I churned out about as many pages this week as I usually do in a month- if I'm lucky. So, here's a run-down of the layouts I did for the badges (some badges required no layouts).


First-Aid badge required that we somehow fix a layout, so I chose to switch up the pictures on this from black and white to colored. As it would also happen, Ian ripped the before page long ago when I was first working on it and not loving it. It was a sign it was not supposed to be completed as-is I guess. The layout celebrates his first year of line with a picture from each month. 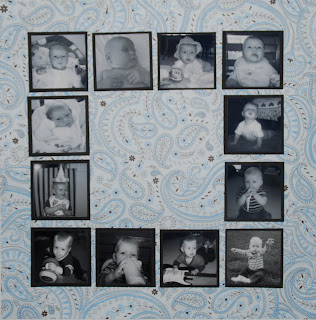 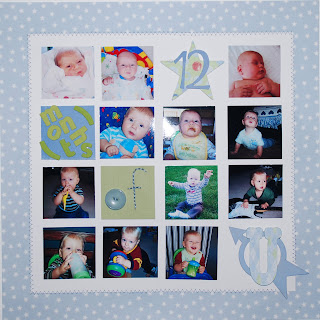 Flag badge- you had to somehow incorporate a banner (which is all the rage right now in scrapbooking) into your layout. I chose to have an airplane pulling one across this page of Ian playing with the airplane Noah made him. 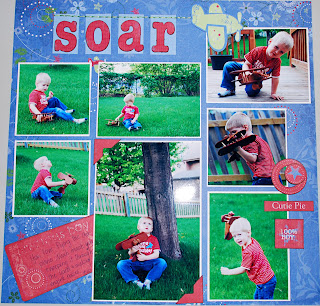 Arts & Crafts badge was really kid-centered, so I did a play on the Candyland game using characters from the movie Cars. Ian helped me glue down most of the colored squares and characters, and is now obsessed with playing it. 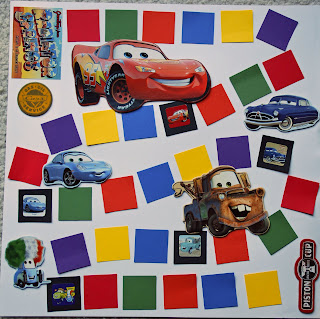 Fire badge- this one required the use of a heat gun to emboss on a layout. I used a leaf stamp and embossed it with gold on the background for this layout. 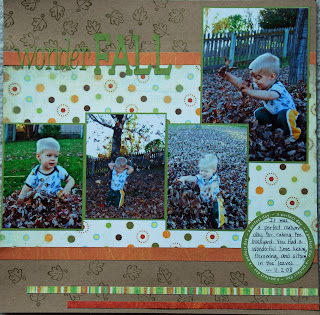 Nature badge- you had to use either bugs, trees, clouds, or a wildlife scene in your layout. I had been wanting to scrapbook this picture, so I chose bugs. It's a little artsy-crafty-cutie compared to my other pages. 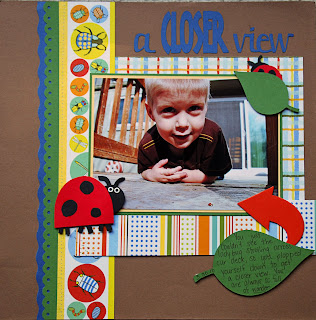 Journaling badge- for this you had to write in a certain shape, use your own handwriting, or tell why you loved a picture. I almost always use my own handwriting, so I took the why approach and wrote why this picture of Ian is my favorite picture. 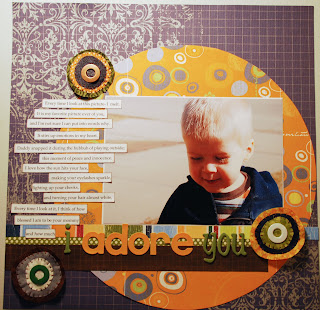 Darrin asked me yesterday as I was finishing the last layout if I was ever going to do one of Annaliese. I am... I just don't feel that far behind on her yet. With Ian I have LOTS of pictures I want to scrap, and while I already have a ton of Annaliese I want to do, I'm only behind on like 15 layouts of her, while for Ian it's about 75...

Now it's time to return to the world of quilting and finish the free-motion on Ian's quilt, complete SBG#1, complete SBG#2, and start on SBG#3. Maybe after I get all that done I can finally do a page of my baby girl 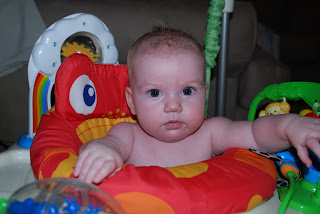 Love all of the layouts you created at 'camp'!!! Very nice

I think all of you layouts were great, I enjoyed them all. Aunt Debbie