The tag read, "Fly like Peter Pan" which left Ian a bit puzzled. Luckily he had a busy day at preschool preparing for his program this afternoon.  They sang three songs and acted out the Nutcracker while his teacher narrated the story.  He made an excellent mouse king. 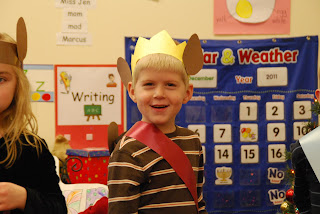 When we got home, he discovered a note under the tree from Santa.  Santa had brought one of the presents early. He knew Ian wouldn't have time to play after he opens it because we have to leave for Iowa.  He got the game Disneyland Adventures. 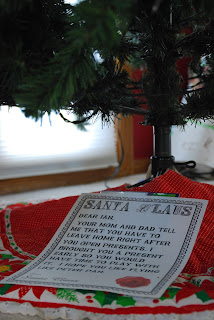 He was so frustrated in the beginning. He couldn't figure out how to use his arms to control the Kinect, so that ended in a sobbing fit.  I think the frustration was worth it, though, because he absolutely loved dueling with Captain Hook.  The flying was just so-so to him.  He wanted to fly for real. 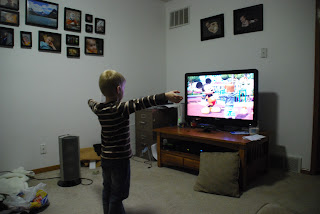 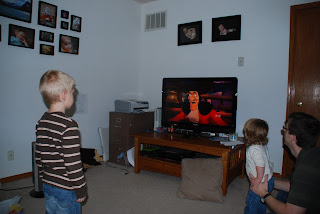 Annaliese got into it, too.  Whatever action Ian would do, she would do off to the side.  She tried to do it in front of the sensor, too. So adorable. 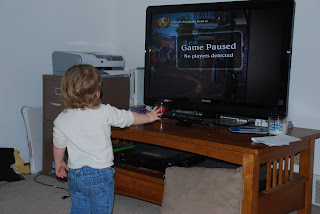 That is a real neat gift. Annaliese thinks so too. They are both so cute. Looking forward to seeing you soon. Love you