While back home, Grandma Diane, Darrin, and I took Ian bowling for the first time. It was such an awesome thing to watch him experience. He'd get to the line and try to roll the ball, though sometimes it was throwing/lobbing the ball. Then he'd put his hands on his hips and start to bend at the waist, leaning the direction he wanted his ball to go. He'd get so excited as it got close to the pins, putting his hands up and jumping up and down. He even managed one spare. We played two games, and as they progressed, he started to relax more between his turns, sitting with Darrin or lounging on the floor. Ian wanted it to be a competition; boys against girls. As I looked through the pictures, I took shots of our scorecards. Turns out, we tied both games, the first at 192 and the second at 211. Can't wait to take him again sometime. 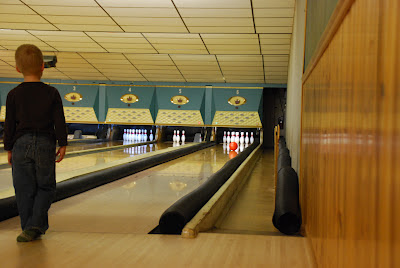 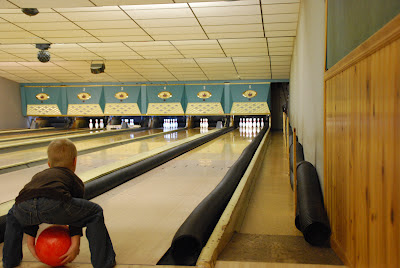 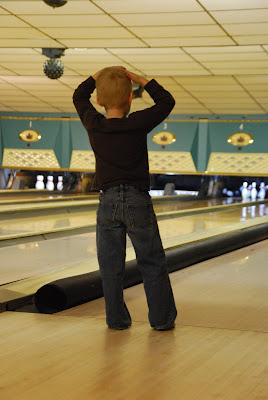 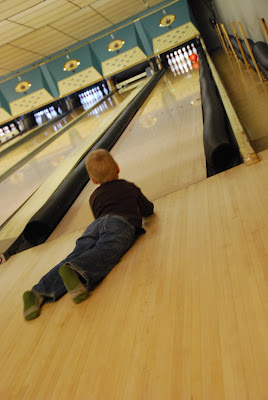