Today was Ian's fifth soccer game of the season. This is the first season he's played, and we play at one of the Y's here in town.  He has scored two goals previously, but in kindergarten soccer, the kids all clump around the ball, with no goalie at the net and no form of play calling other than, "Get the ball," and "Kick it that way!", so it's really hard to actually tell who is kicking it in the clump. The pictures I shot at that time don't offer any proof, either. That all changed yesterday, though. There was no denying this goal. One of his teammates kicked it into the open field, and Ian was off to the races. My momma heart was beating so loud for him, worried he would get going too fast and trip, or kick it wide and miss the goal, but he didn't. I'll save you a play-by-play of the pictures below, but I have to say, I loved that his teammates went crazy for him, and he just smiled and ran back to his coach at midfield (the other team's coach is the lady in red). 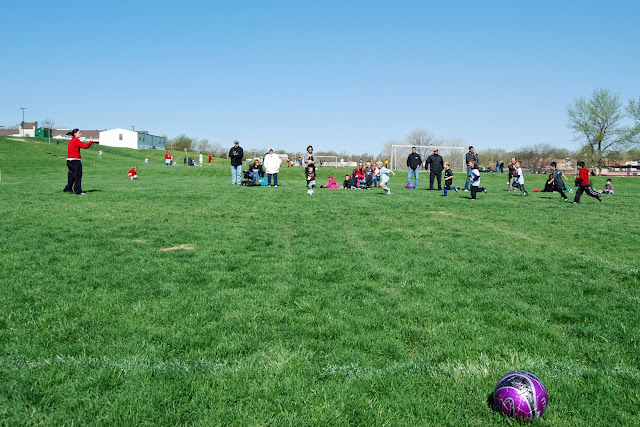 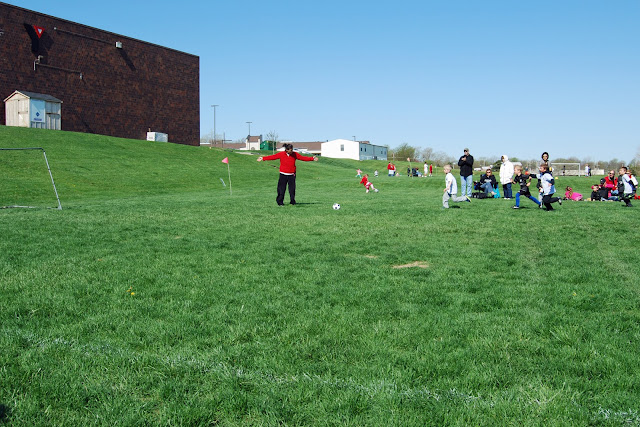 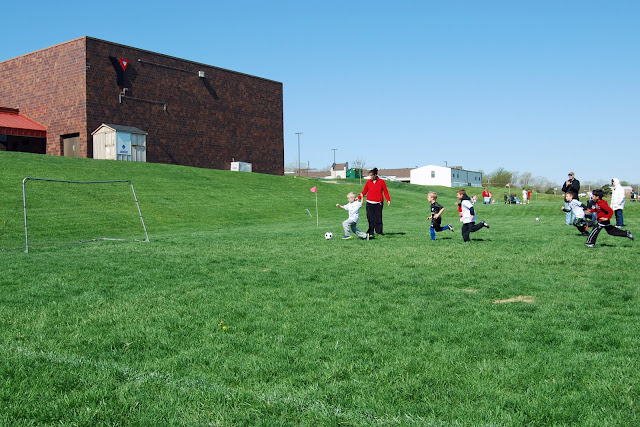 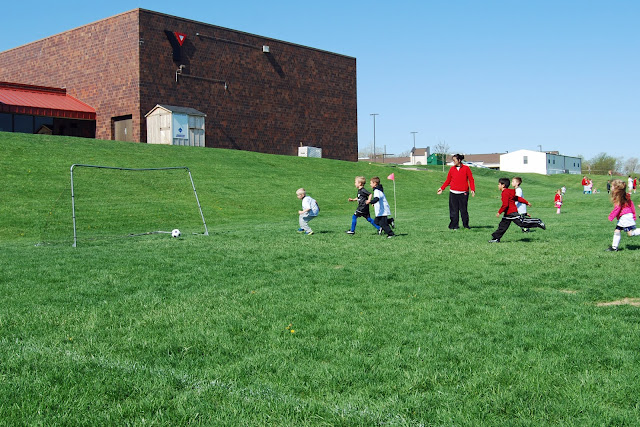 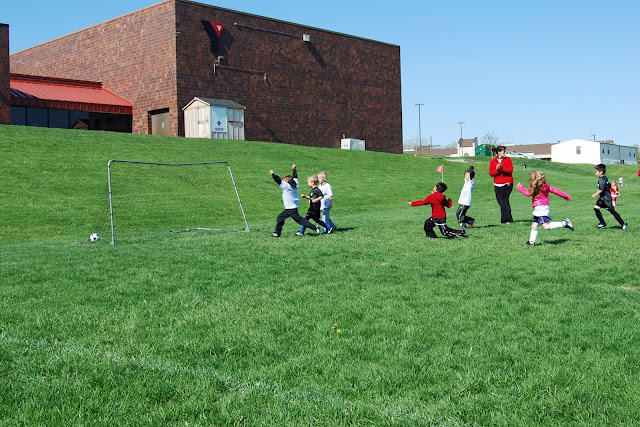 What a great Mother's Day gift!