At the beginning of October, my cousin Bridget got married at a beautiful outside location in Iowa City.  The night before, as Darrin and I were setting clothes out to pack, I noticed a theme in our clothing: Darrin black pants and gray shirt, Annaliese white dress with black polka-dots, and me with a black dress. Ian, however, had navy pants and a yellow shirt, so it wasn't surprising when I was at Kohl's at 8:00 the following morning to find something black/gray/white he could wear to the wedding. I think it was a stellar plan. 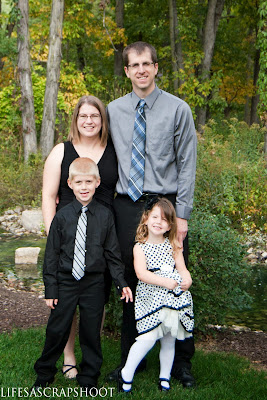 Given that we had an extended family picture an hour before the wedding with all 75 of us, we had some time to kill before the ceremony actually started. Thank goodness the location had enough to engage the kids that we didn't to figure out things to do... though to entertain myself I tried to get the kids to pose for me since they were looking so awesome. Ian was a willing participant- he was SOOOOO excited to be in a "suit" as he called it. He said he felt so grown up :) 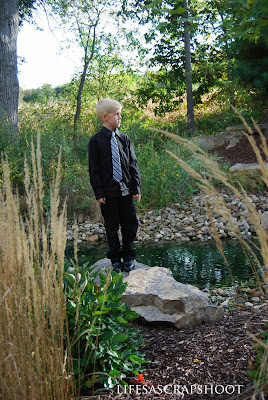 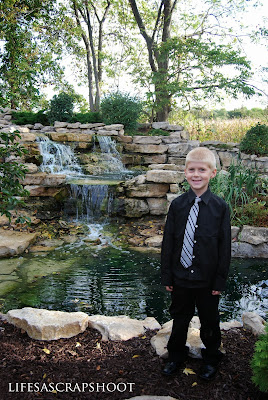 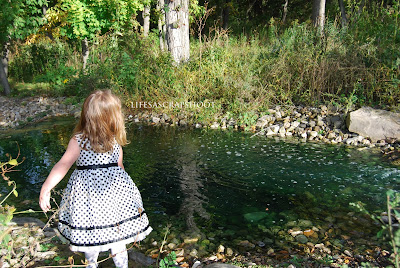 As always, the favorite part of the wedding is actually the reception. Ian was a dancing machine! He was showing moves I've never seen before- nothing could stop him. He even willingly danced with Annaliese :) 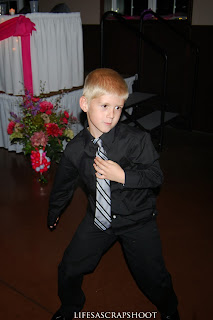 This little boy kept following Annaliese around (he's not related, so I have no idea who he is...).  While by us, Darrin suggested they go out and dance. First he had to go ask his mom, so they both walked across the hall together to get permission to go out and dance- so stinkin' cute!! 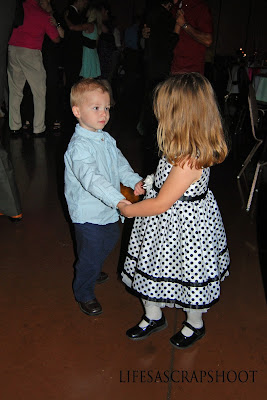 Seriously adorable story! Love hearing about the kids and their antics. The family picture is great. I didn't realize how much taller Darrin is than you.