The fall soccer season has ended for Ian. It was a bit of a rough season- only one win. He generally played defense and goalie during games. This last one, he was placed on offense and had a bit more trouble knowing what to do. Teaching 12 first and second graders how to stay in their positions on the field, when they can't really "see" what spots those positions are on the field, was challenging for his coaches.  But Ian grew in his skills nonetheless, especially at goalie... even if the first picture doesn't look like it. 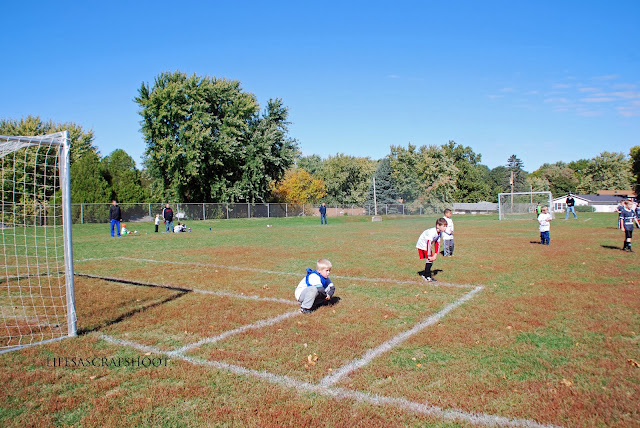 His final play at goalie was sooooo close 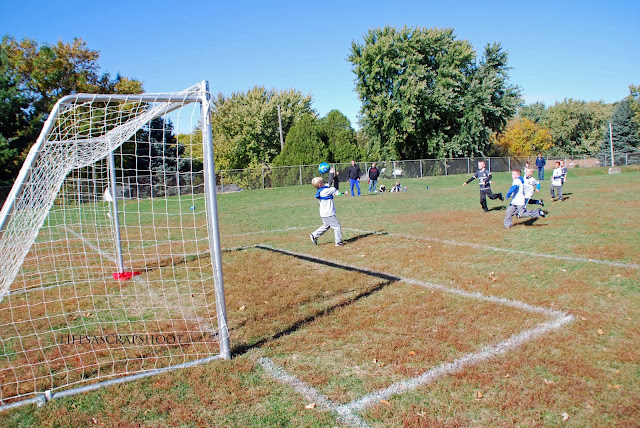 but ultimately he didn't deflect it high enough and it ended up in the net. 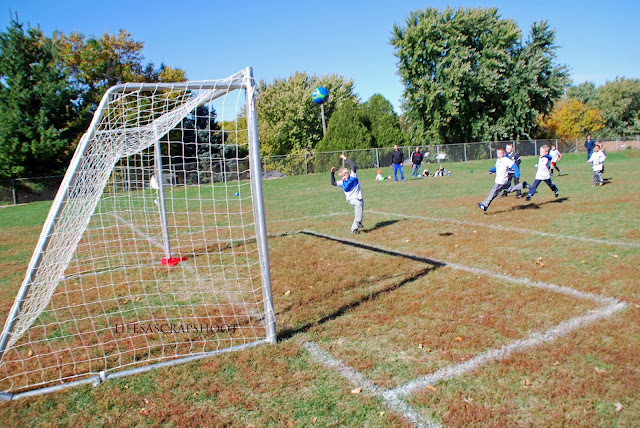