Yep, I'm blogging about the middle of February on the second to last day of March.  But really, when have I ever been current on Project Life once their birthdays hit.  I actually haven't even printed these photos.   All my scrapbooking stuff is packed away as we prepare to move.  They'll get scrapped eventually, but at least I know what pictures I'll use. 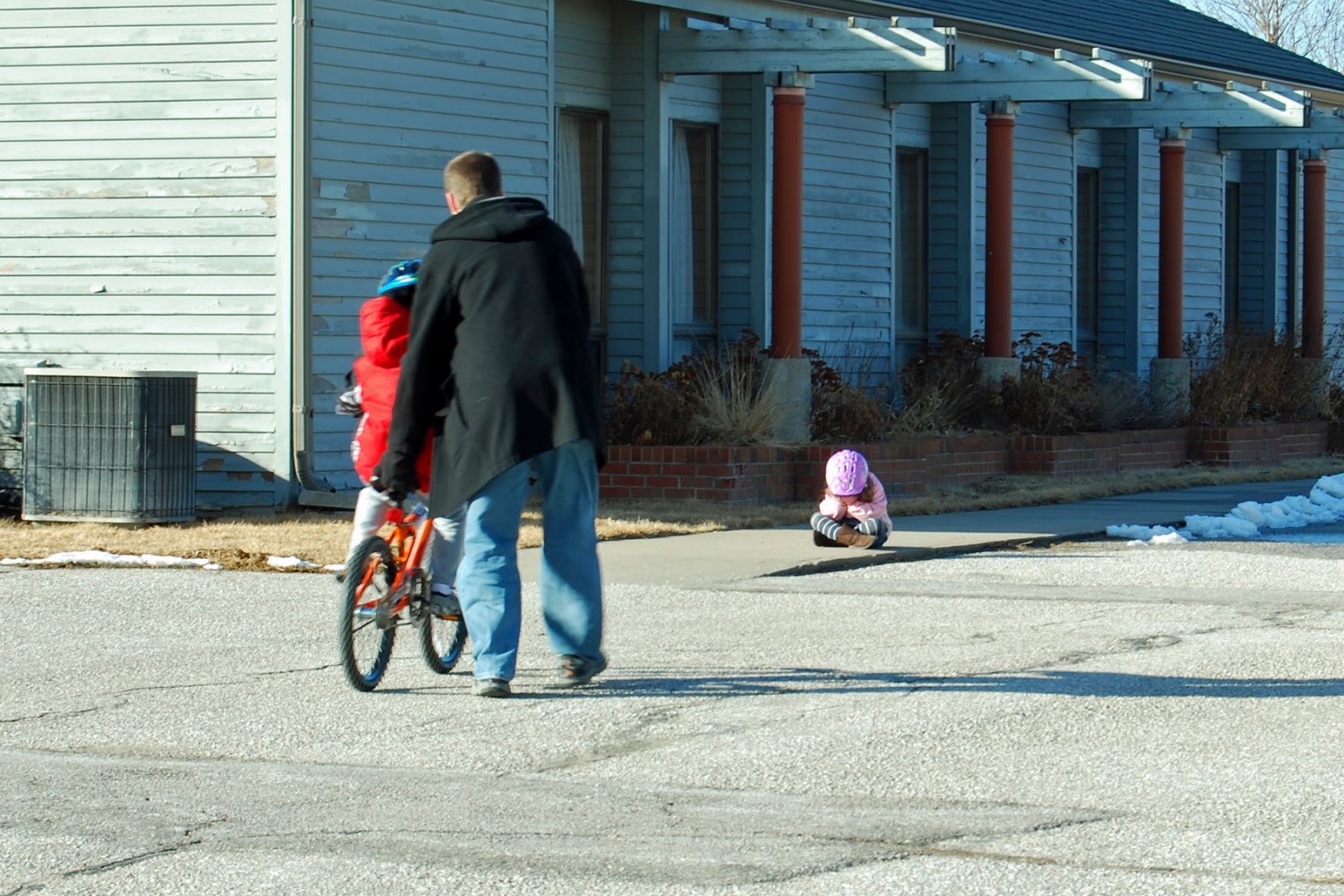 We went and picked up Ian's birthday present, a big bike with no training wheels.  We took it up to our church's parking lot and tried it out.  He did SOOOO well!  Our normally timid boy was fearless (though we didn't let go) and is excited to go again.  Annaliese wanted the wheels off her bike as well, but once she realized what that meant, well, look at the picture above. That was her response. 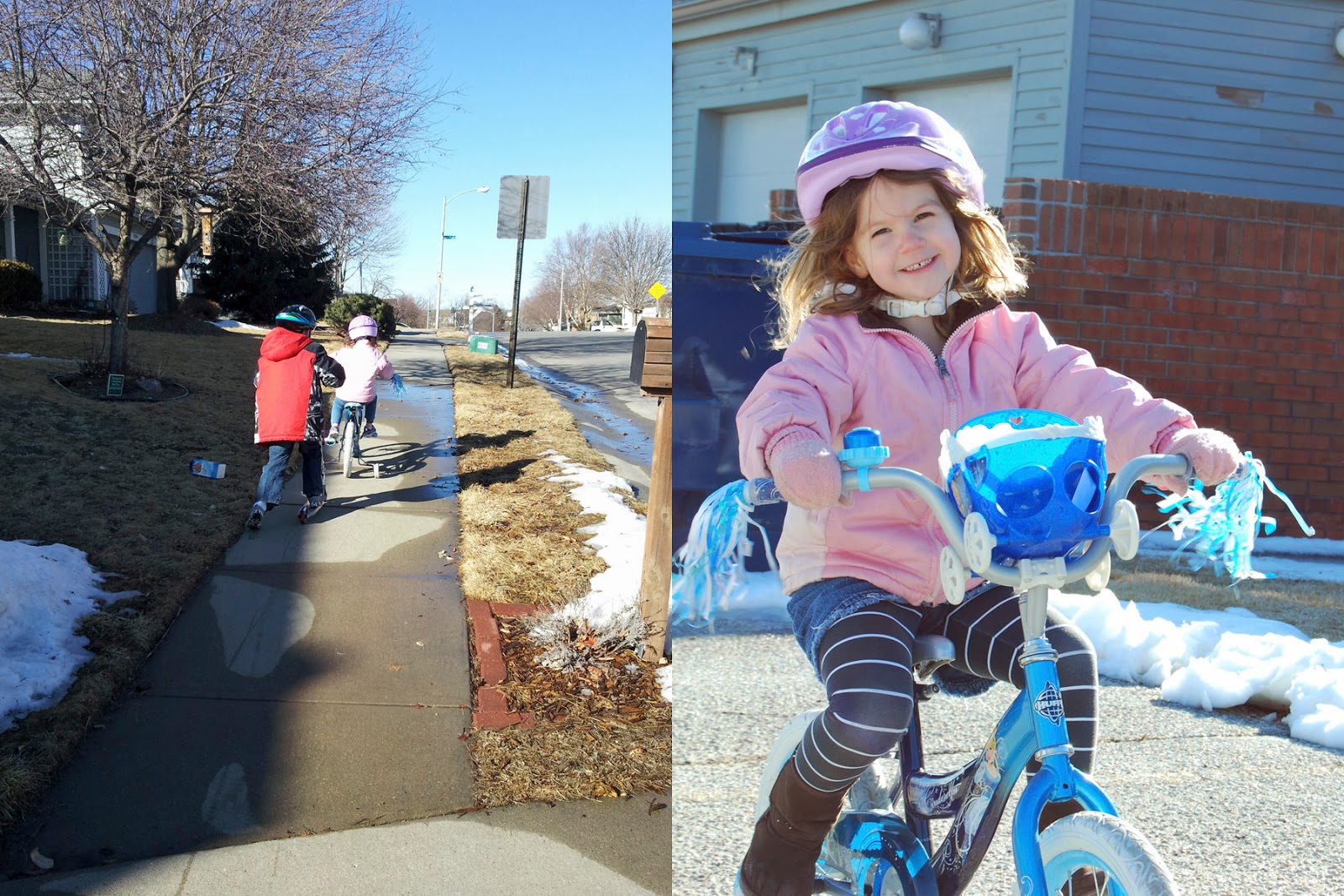 Picture on the right was the happy girl biking at church before the training wheels came off.  Picture on the left was a few days later. Ian on his scooter because he's not up for trying his bike on the hill yet. 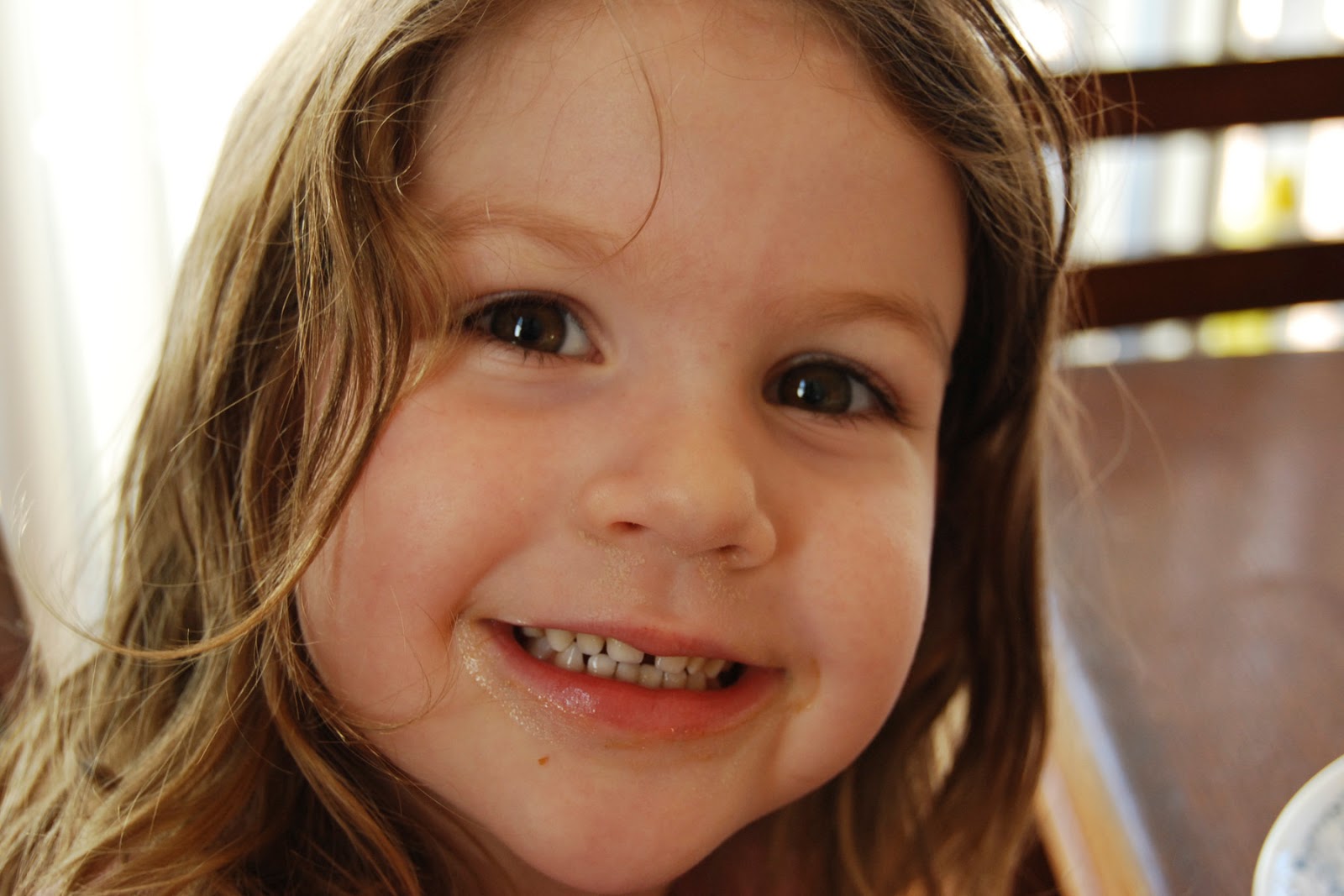 Just a snapshot of my girl. She likes to pose for pictures, and I like when she does :) 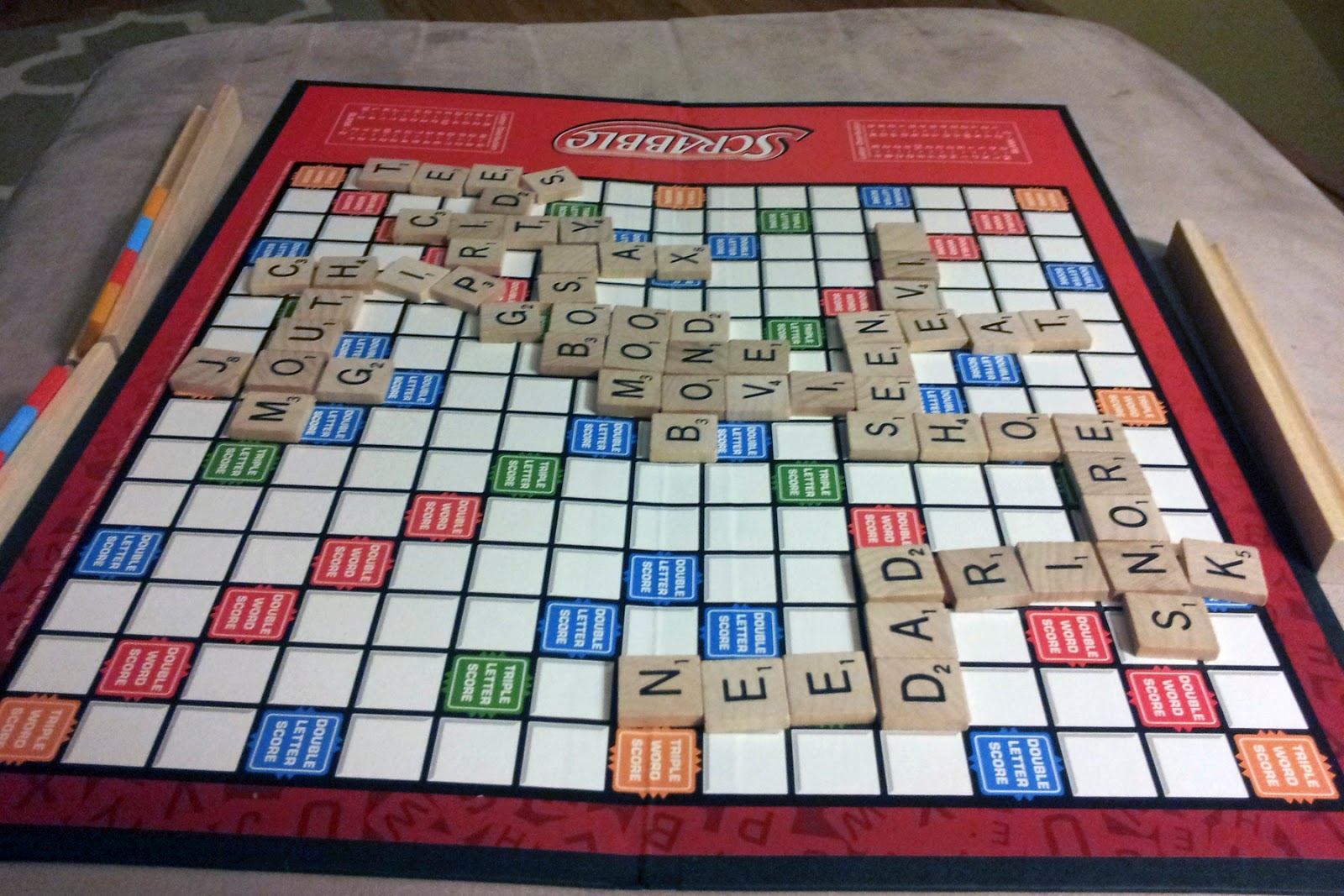 Friday night game night.  Ian and I played some Scrabble while Annaliese played with the colorful star pieces (on the tray to the left of the board). 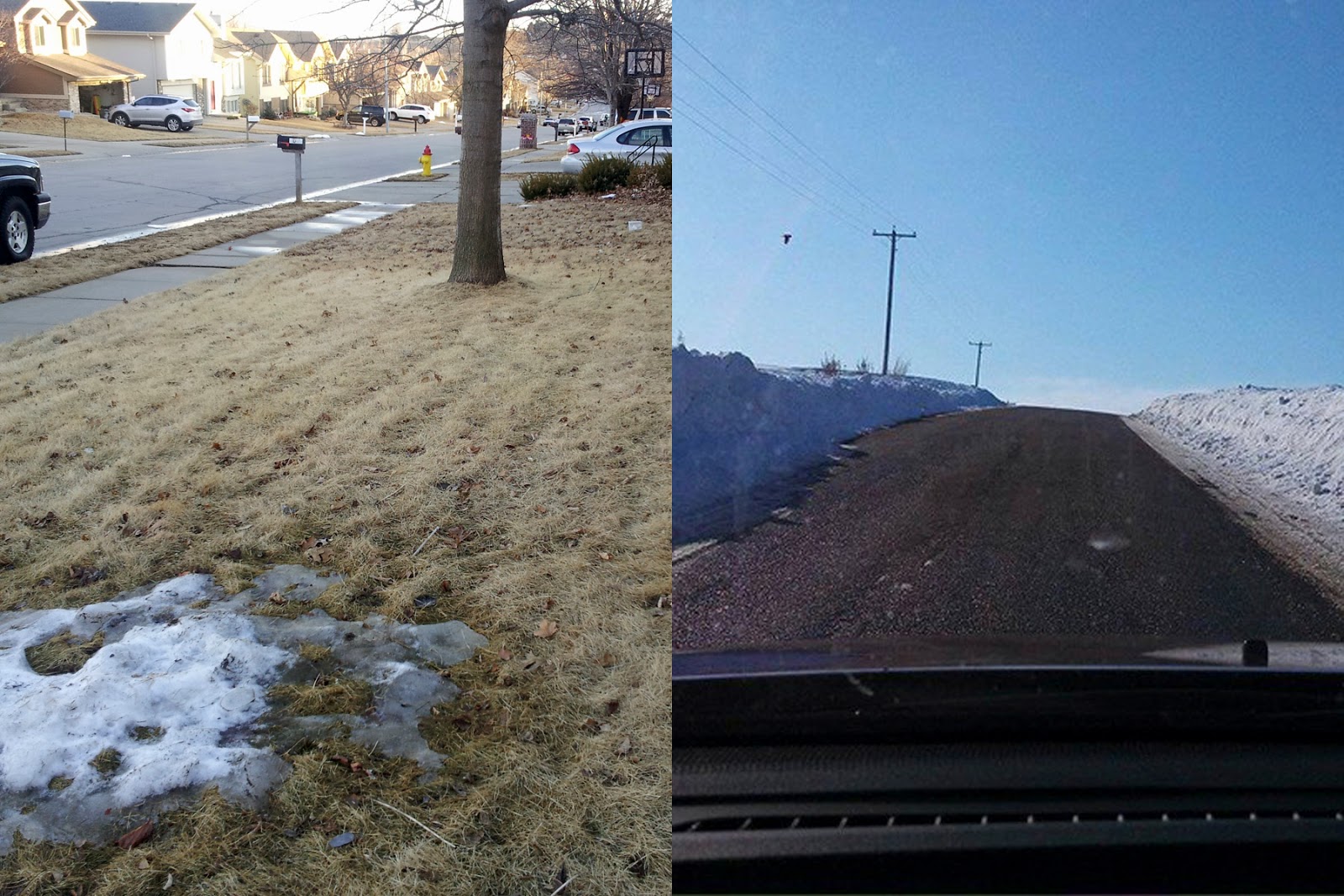 A comparison photo of our yard on the left and a picture from my sister's drive home on the right. Same day, 360 miles apart. 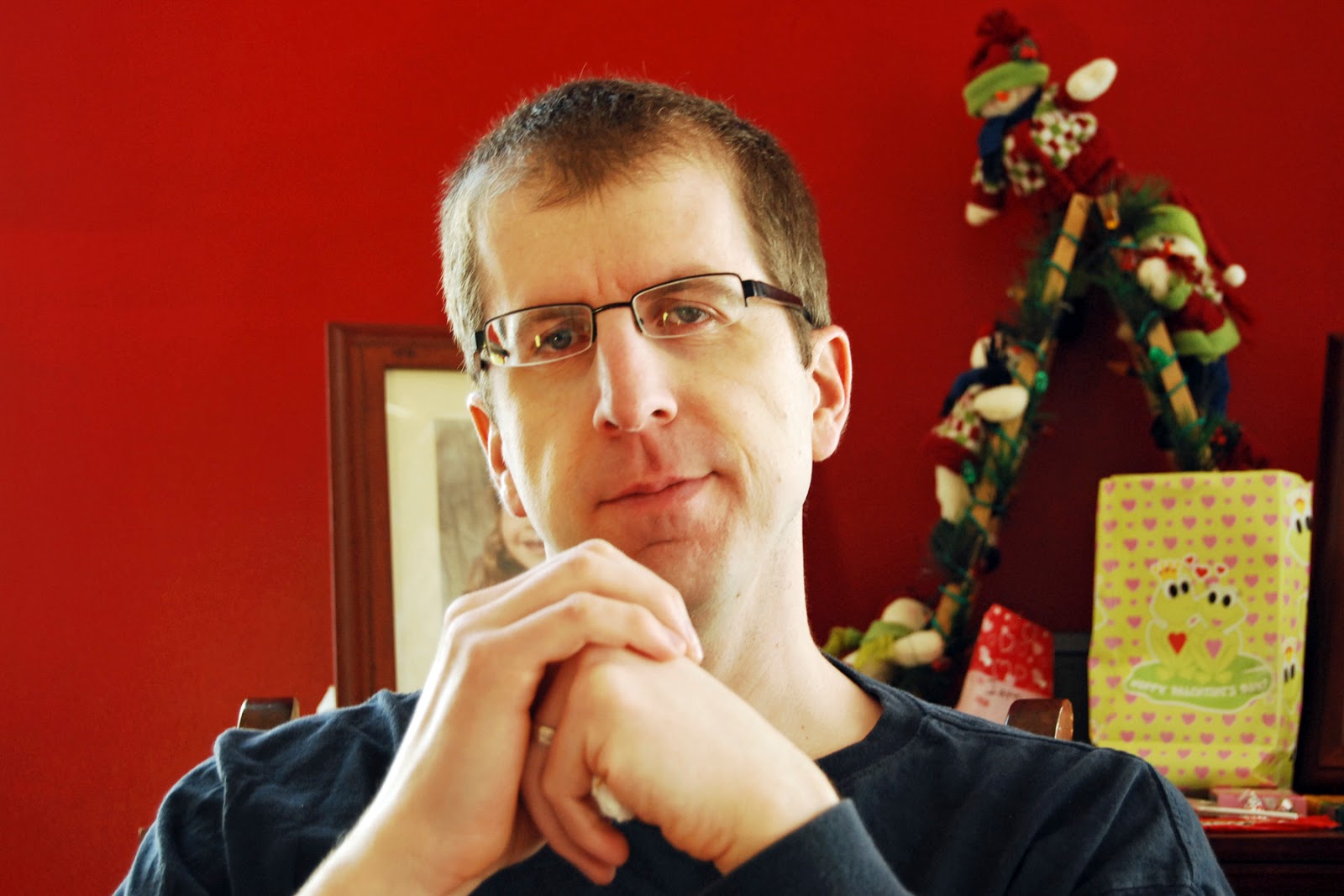 A snapshot of Darrin.  His last day in glasses.  He had lasik surgery the next morning. 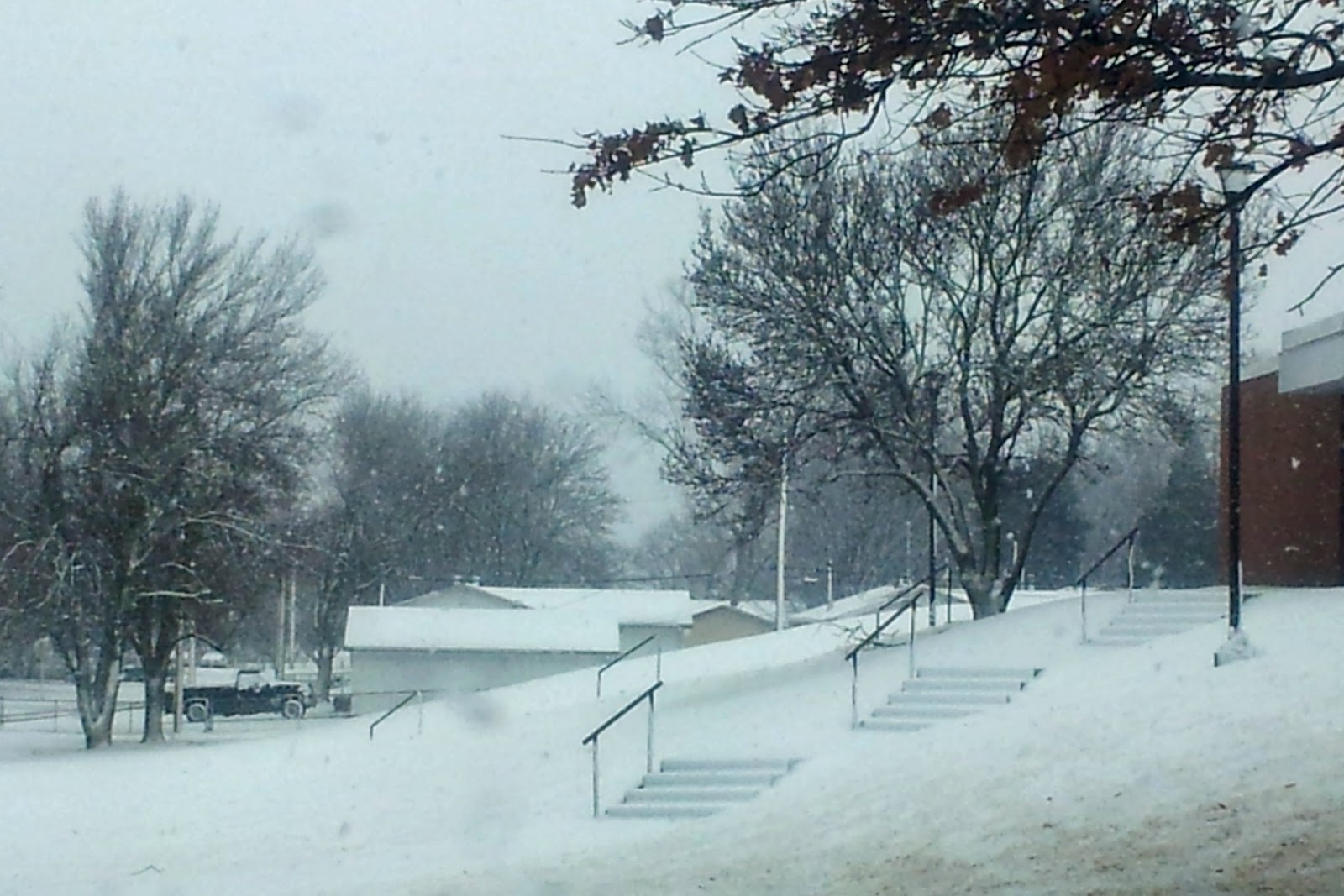 The view out my windshield at one of my schools on Tuesday around noon.  It was snowing so bad I called to switch a visit I was supposed to make to another school at 2:30. Crazy thing, by 2:30, it had stopped snowing and most of it had melted away, and we got about 2 inches that day.  It was a very wet, slushy snow, that obviously didn't last.
Posted by Colleen at 9:31 PM