Layout | Go on an Adventure

Another challenge is up at Child's Play, and this one uses an Etch-A-Sketch as inspiration. I despised that toy when I was little. I could never create what I saw in my head, so it was just a bunch randomness.  That sometimes happens when I scrap, too. I see something in my head but have trouble getting it to come to fruition.  That's why so often I use a sketch as a starting point, and that's what I did for this layout.  I used the word sketch in my title as inspiration to base my layout on a sketch (heck, that's what I do for most of them, it just seemed like it was meant to be for this one).  I tried to keep it a very linear layout as well, since the Etch-A-Sketch could only do straight lines. 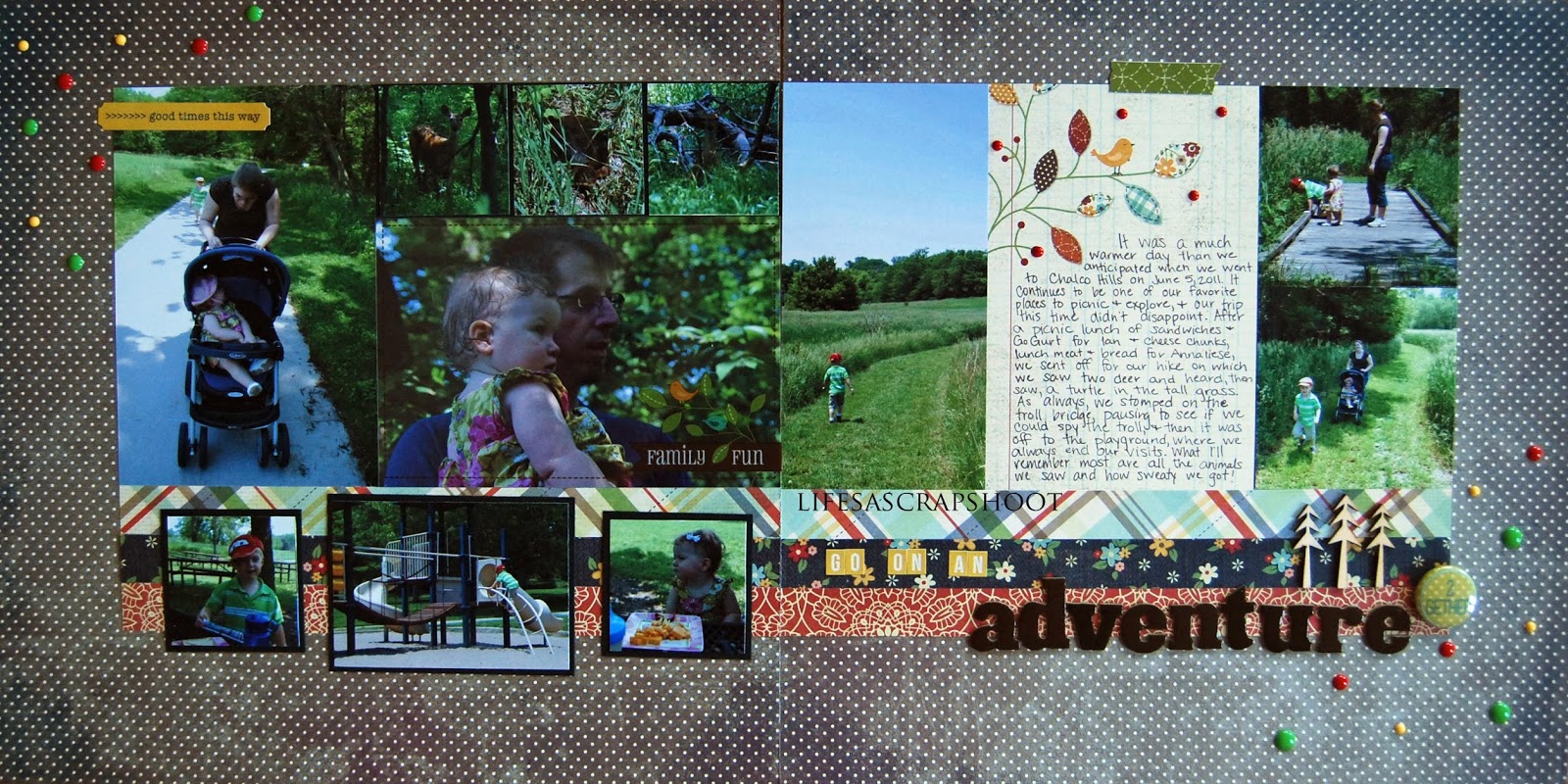 This layout is about one of our many picnics we've taken to Chalco Hills.  Like every other time we've gone, we picnicked first, went on a trail walk, and ended it by playing on the playground.  On the walk this time we saw deer and a turtle taking a stroll through the grass. We actually heard rustling in the grass and went to investigate, and that's when we discovered the turtle. Thank goodness it was that and not a snake!