In my last post, I talked about the start of school, and with that, routine.  Around here, though, the routine has been stay at school late working, come home, make dinner, play outside, do bedtime routine, then continue working on school work. Thus is the life of  teacher.  I did spend some time this past weekend choosing pictures for week thirty-three.

Today Ian started back to school, and with that, some routine returns to our house.  I'm going to try to get back in to a new routine on here, too, or at least posting more frequently than once a month.

Before Ian started back to school, he had open house last week on Thursday.  He has an energetic teacher who's been very welcoming to him at the new school. And he made a friend at day care this week who is in his class as well. At open house we discovered that his friend sits right next to him, as luck would have it.  It all contributed to a great first day for him today. 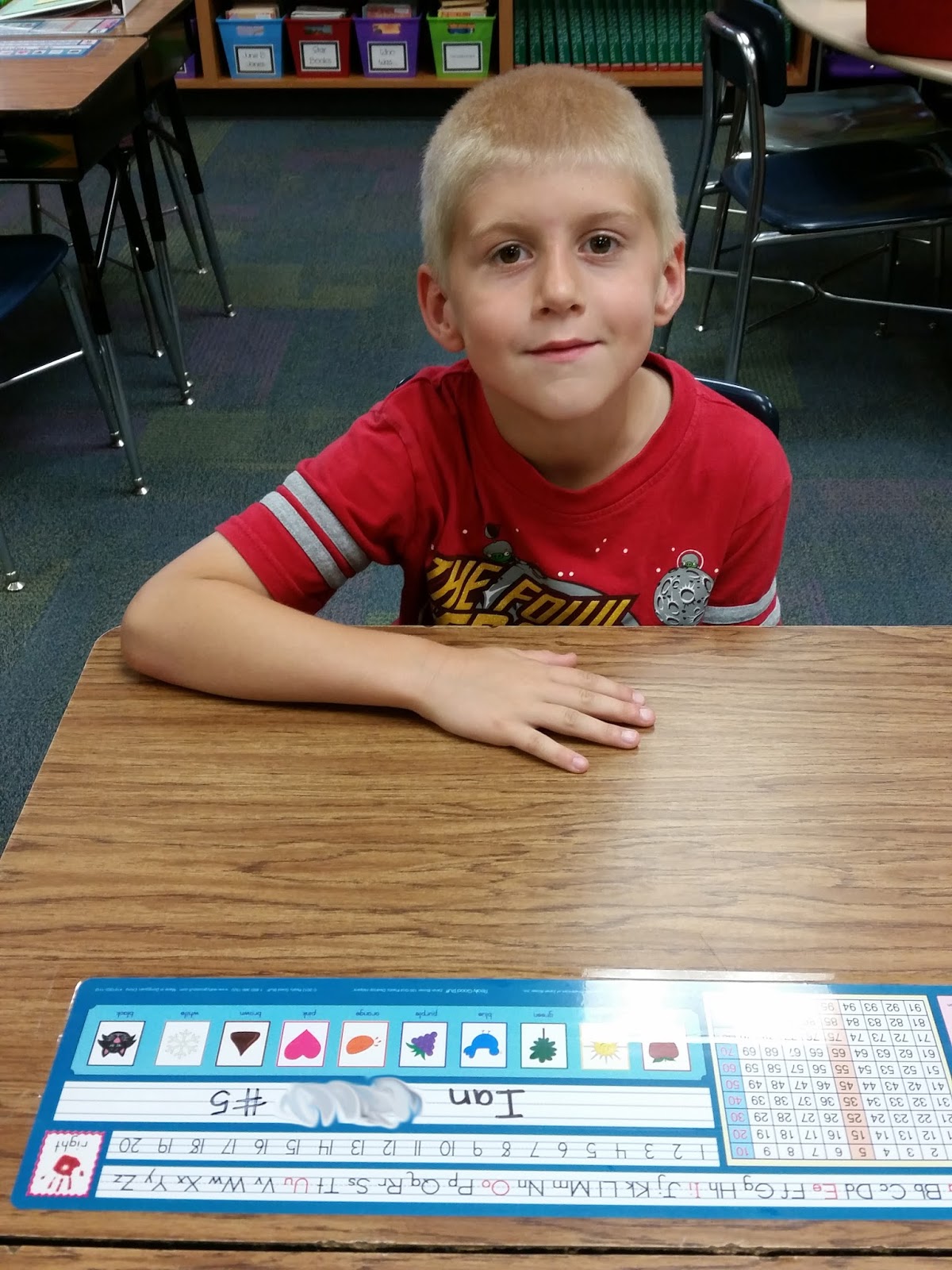 We busted out Darrin's father's day present for the first time on Friday. That was the first time we had seen the sun most of the week thanks to rain chances. We forgot to account for the wet wood when we started this, so it was crazy smokey, but we were able to get our smores out of the deal anyway. 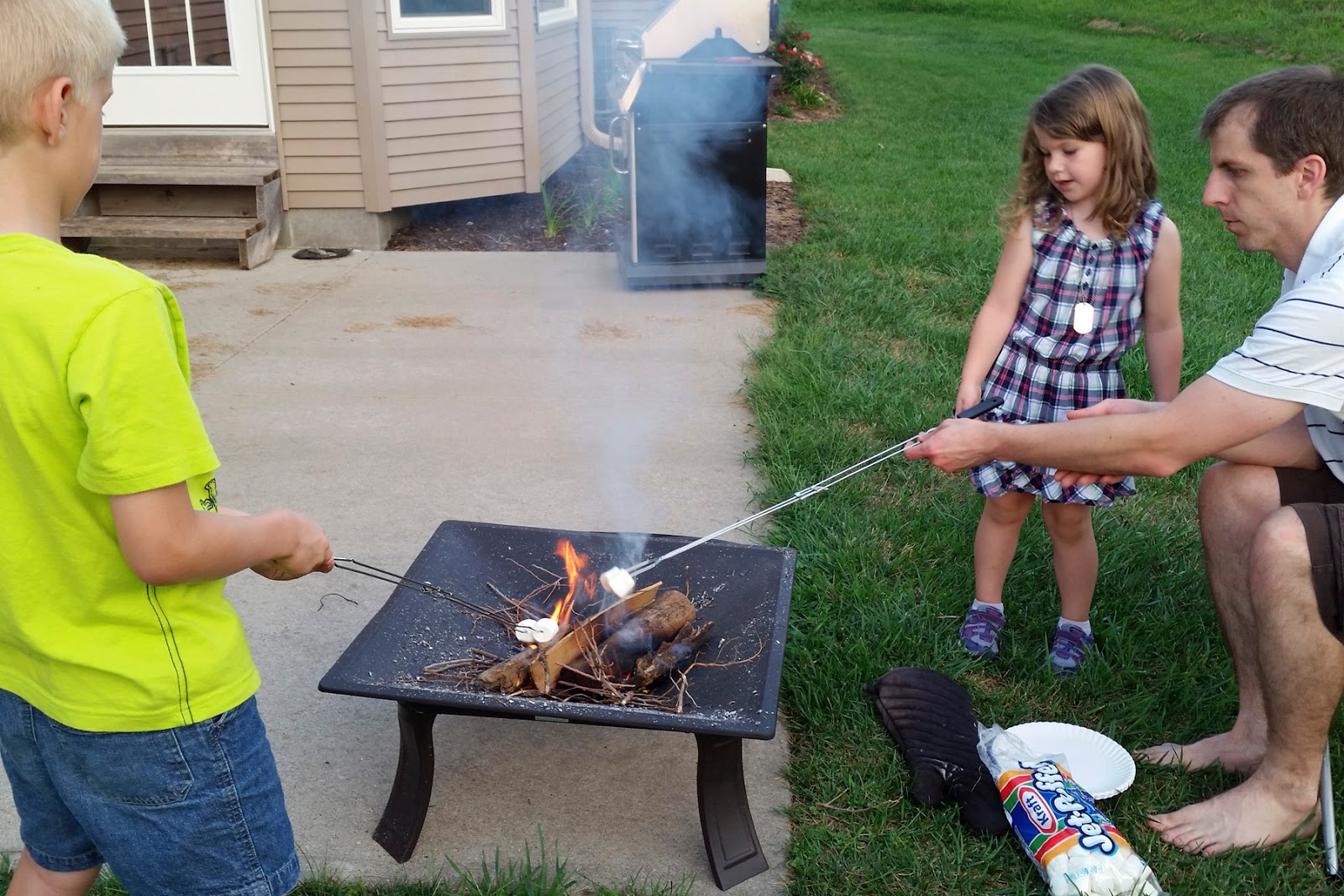 One of the brief moments the sky cleared this week. This eventually came over the house and turned into a lovely rain shower. 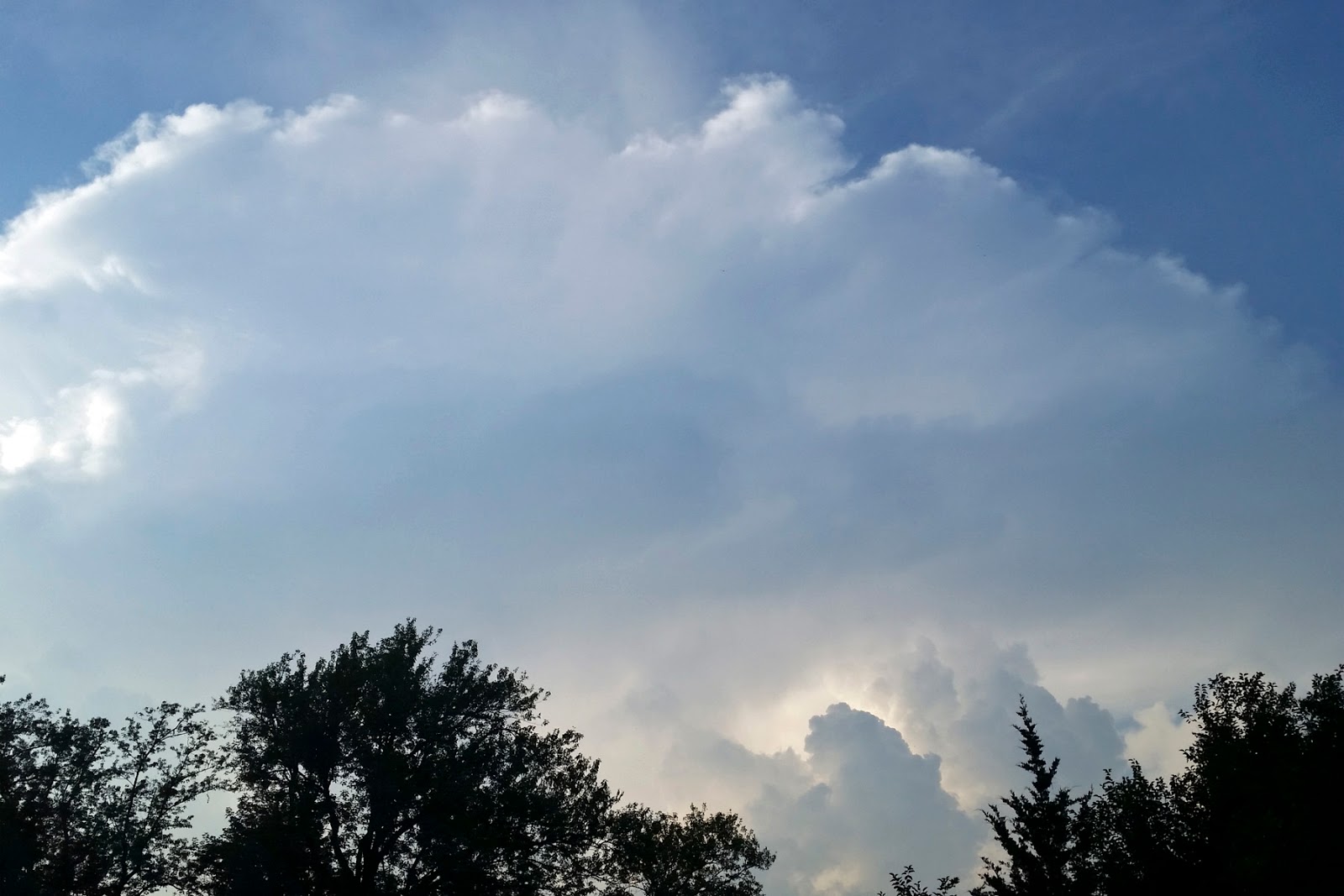 It was so cold this week with the rain and such, so even though we didn't hang out im the pool, we hung out around it.  Ian, for some reason, loves to use the skimmer on the pool. You have to watch out when he's doing it, though, he gets a bit out of control with the long pole on it. 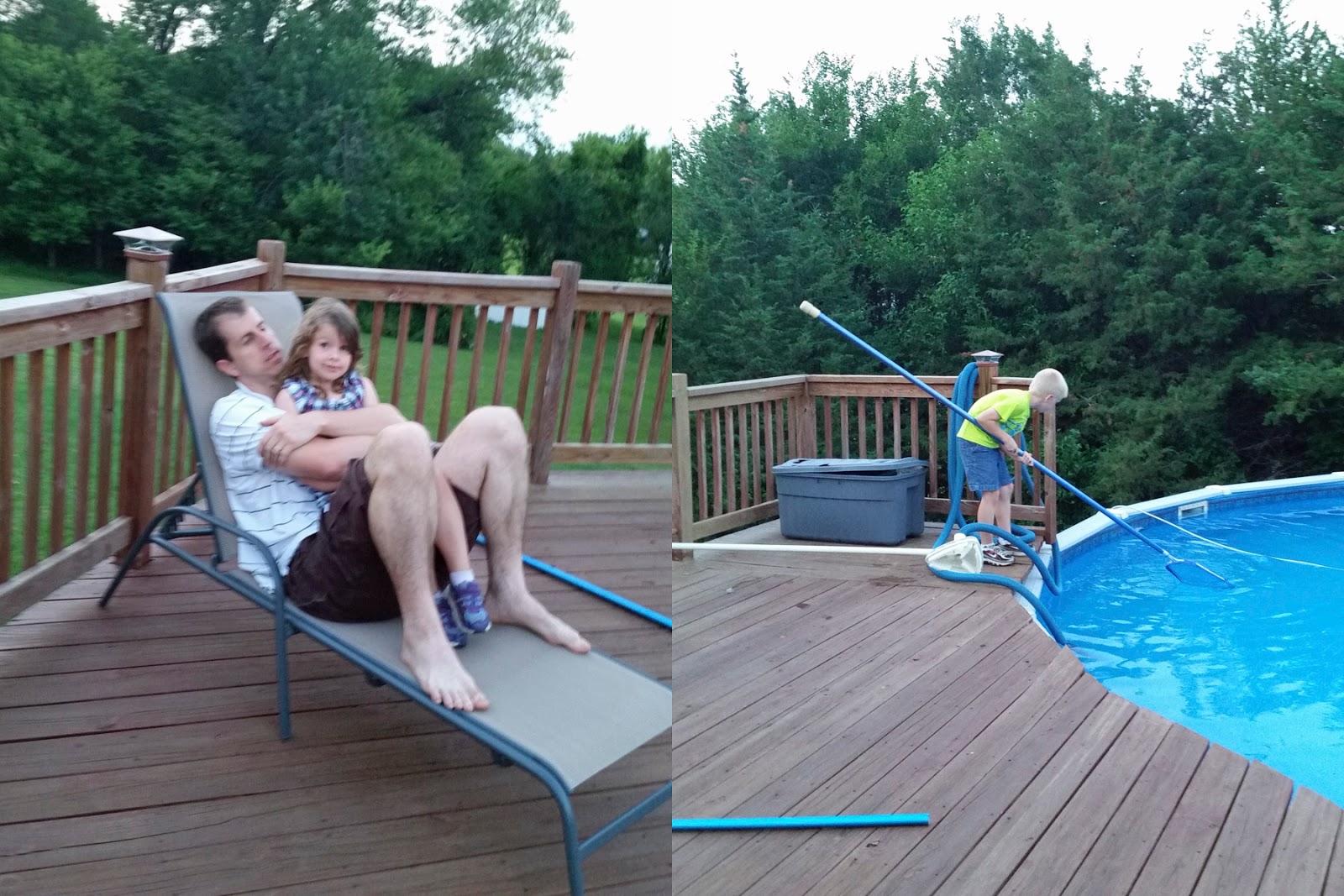 The driveway at the new house is much bigger than our old one, and it's definitely seeing it's fair share of action. Seems like we're out there every night. Annaliese can usually be found on her scooter (the right picture was taken in the rain, even it couldn't stop her).  Ian's turned in to quite the b-baller with Darrin's guidance.   He's so intense when he's dribbling- it's cute. 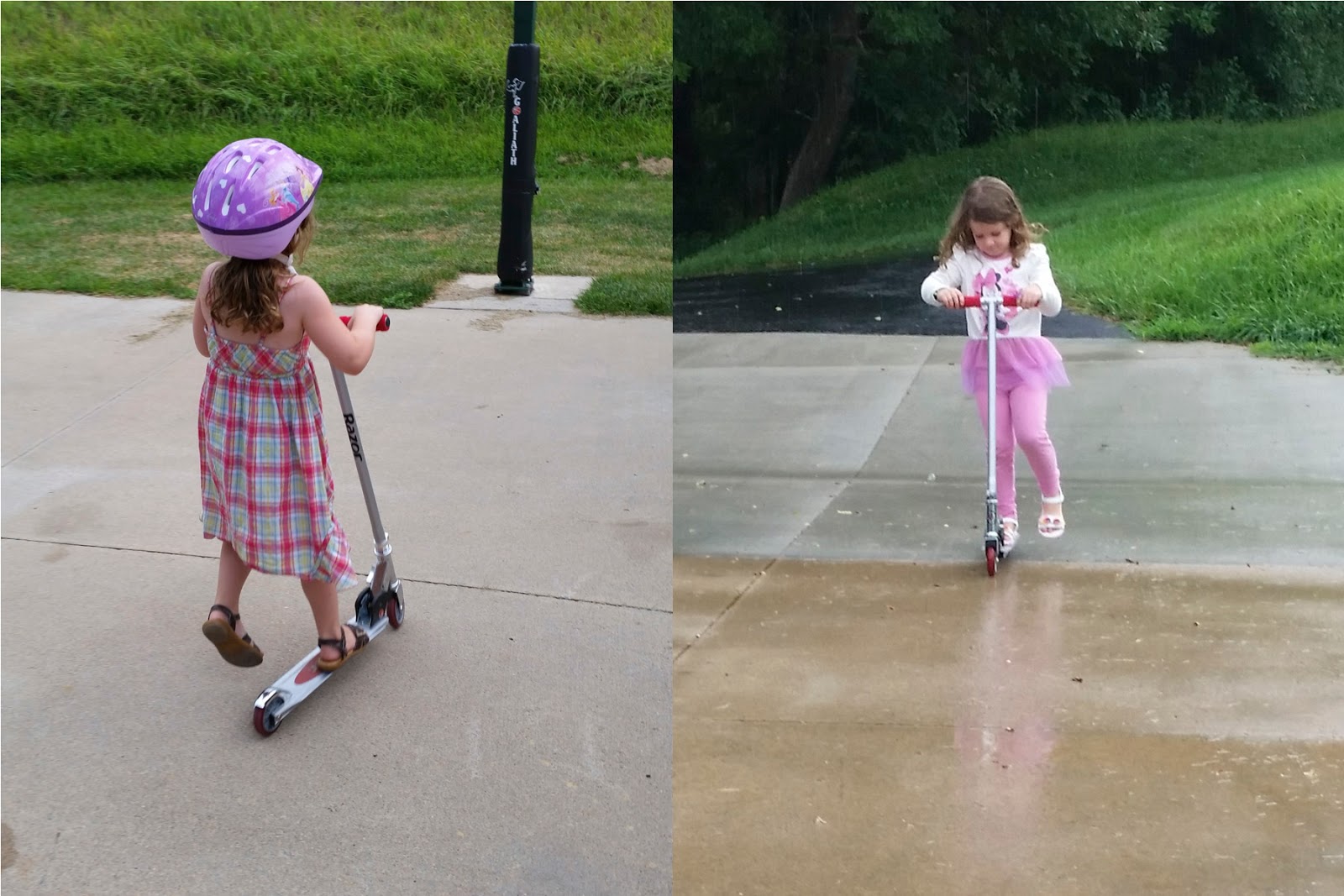 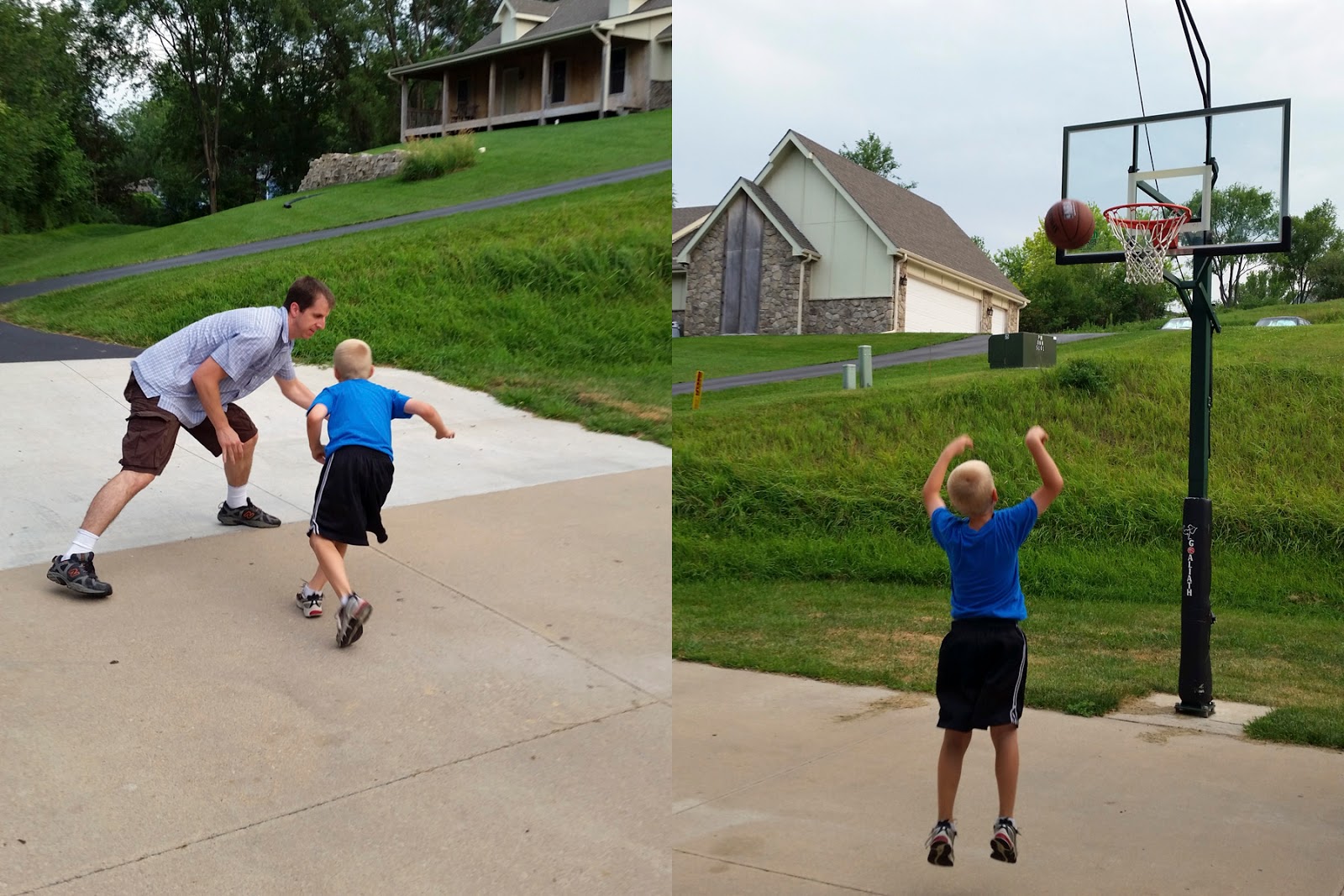