We left Duluth today and headed east to the Apostle Islands in Wisconsin. When originally planning this vacation, I had hoped to charter a trip to explore the sea caves there by kayak, but we were a bit too early in the season. Instead we took the ferry to Madeline Island, rented bikes, and rode to the state park. It was the only place we had to spray on bug spray the whole trip, but the kids had fun playing in the water and collecting more rocks. Ian was able to ride the 13 miles round trip all on his own, and Annaliese, after she adjusted to being attached to Darrin's bike and got over her fear of crashing, was able to give Darrin a break and do all the pedaling for them. The bike to the park was in the shade due to cloud cover, but by our ride back to town, the sun was shining brightly. The deer were also out in force as we saw four lone deer on our ride. We didn't get to see all the beauty the islands had to offer, but it was still a fun day of vacation (and a sore one... my butt still hurts just looking at the pictures). 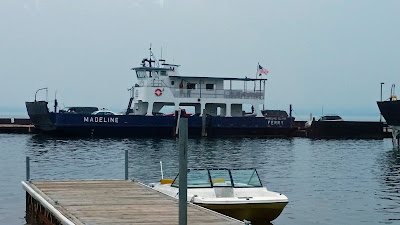 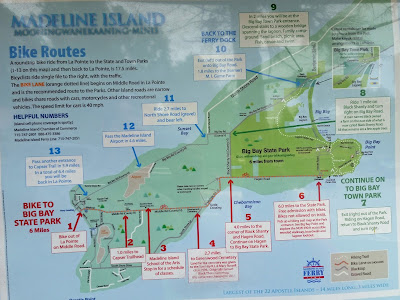 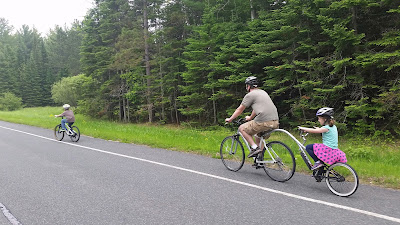 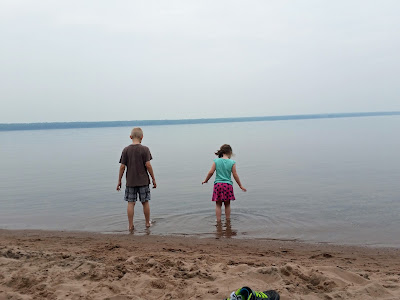 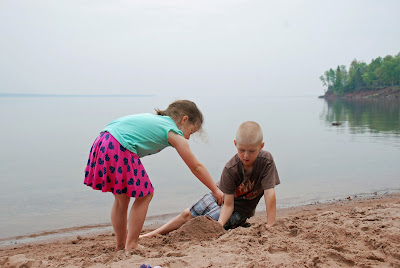 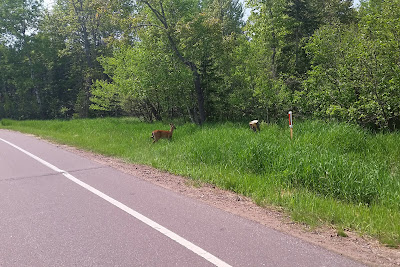