We traveled the eight hours to Duluth nearly straight through on Friday, stopping only for a bite to eat.  We had reservations that night to enjoy pizza while riding the North Shore Scenic Railroad.While it was a fun way to start our vacation, and the first ever train ride for the kids (not counting the train at the zoo), we were underwhelmed by the experience.  We thought, given that the word scenic is part of the title, that we'd see lots of beautiful scenery, but a majority of the trip was through Duluth.  And while beautiful, city buildings are not what I think of when I think scenic.

We opted to stay in Superior, Wisconsin, instead of Duluth, saving us about $100 a night.  Saturday morning we headed to the highest waterfall (165 ft) in Wisconsin, Big Manitou Falls, in Pattison State Park.  We lucked out in- it was guest appreciation day and admission was free that day.


After the falls, we headed to Duluth to climb the tower at Enger Park. We could see the tower every time we drove in to Duluth from the hotel, rising high above the tree line at the top of a hill. After we climbed the five stories, we had a beautiful view of Duluth.

After the tower, we had a picnic lunch in the park surrounding it.  Annaliese got done first and enjoyed running around, peeking out at us behind things. There was a large gong the kids also had fun ringing. 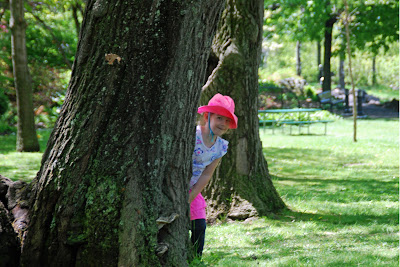 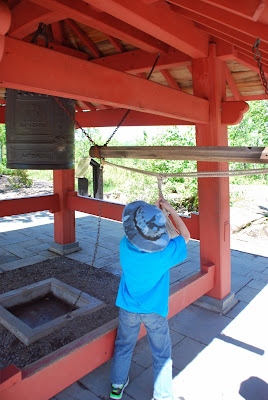 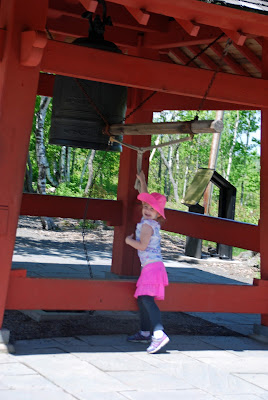 Following a picnic lunch, we met my childhood best friend at the Duluth Children's Museum.  We are members of our local one, and because of membership there, were able to get in free to this one as well.  While definitely smaller than our local one, the kids had fun nonetheless.

After a few hours there, we drove down Canal Park Street, having to stop for the Aerial Lift Bridge to raise and lower, letting the boats and ships through underneath.  The whole road is lifted vertically, keeping the road horizontally flat, and after then slowly lowers back down.
At the end of the road was Park Point park and its sandy beaches. All afternoon the sun had been shining and the temps had been climbing. Not long after we got there, it started to cloud over and cool down, eventually starting to sprinkle.  Still, the time we had there was lots of fun. 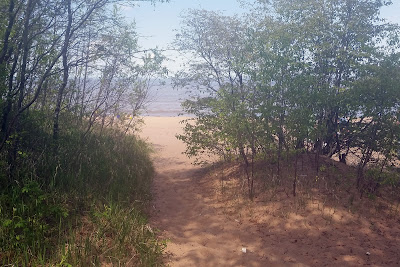 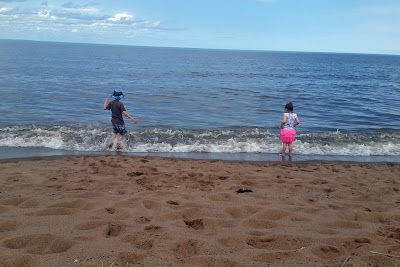 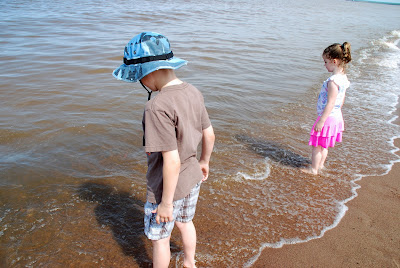 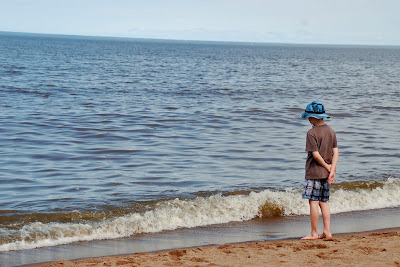 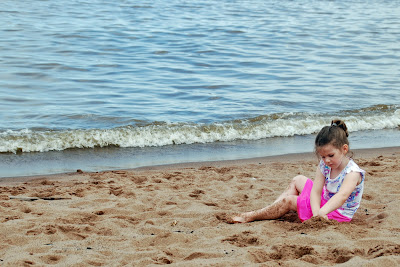 We grabbed supper at Duluth Grill, and after a busy day, we were all ready for bed, after a bit of swimming in the pool at the hotel. They were only begging all day to go...

Great pictures and looks like a wonderful trip - hope the rest goes as well (or better!).