That is, from Darrin and I.  The weather was beautiful tonight, so we loaded up the kids' bikes , and headed up to the church parking lot so Ian had a flat, straight stretch on which to practice.  We've done this once before, shortly after his birthday two months ago, but that's been it.  It was a rough start, and I thought it wasn't going as well as our first visit.  The next thing I know, I look up, and Darrin's running along side of him instead of holding on, and that scene was repeated over and over.  He freaked out initially when we'd let go, but when he realized he could make it more than a few seconds, that was all she wrote. 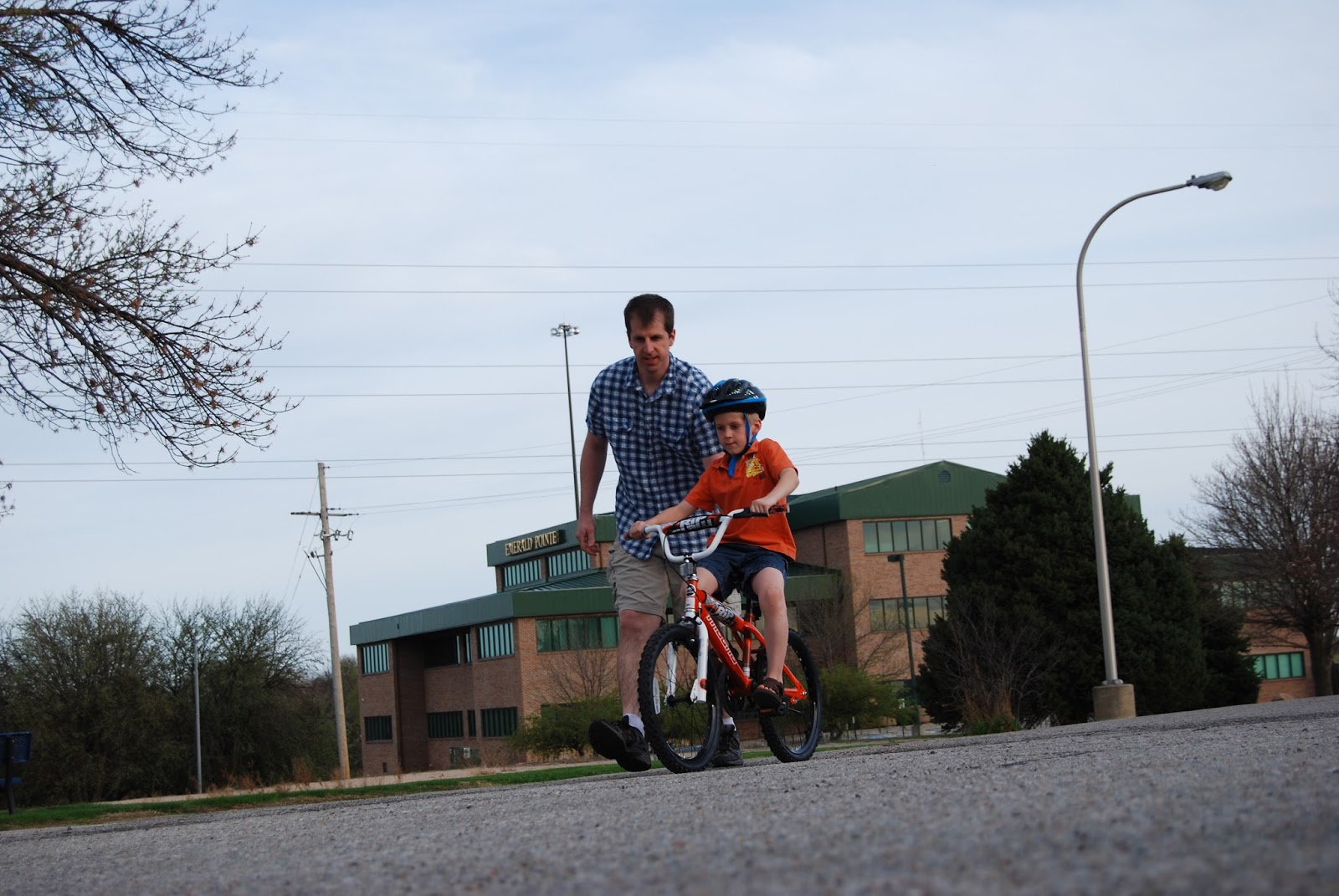 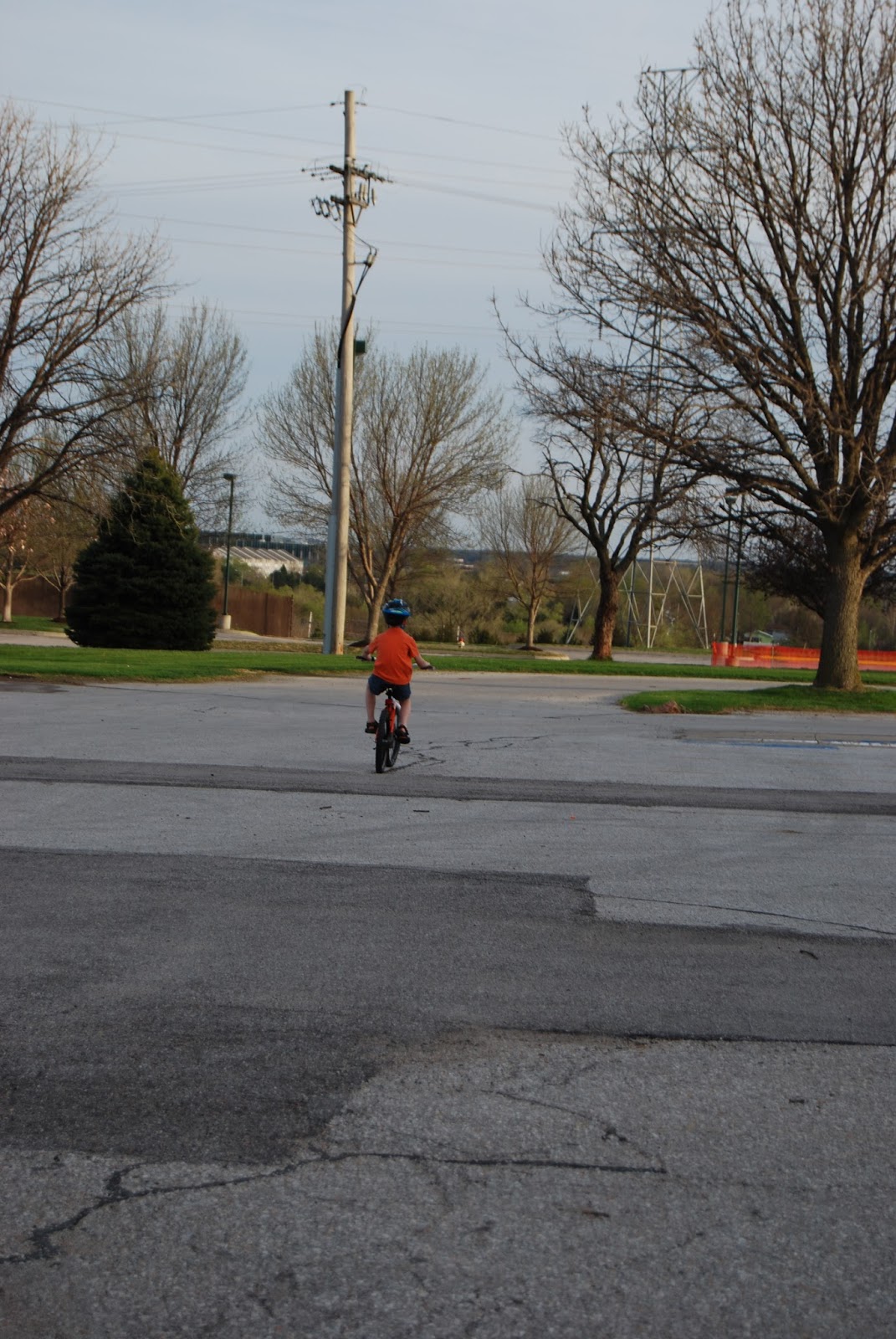 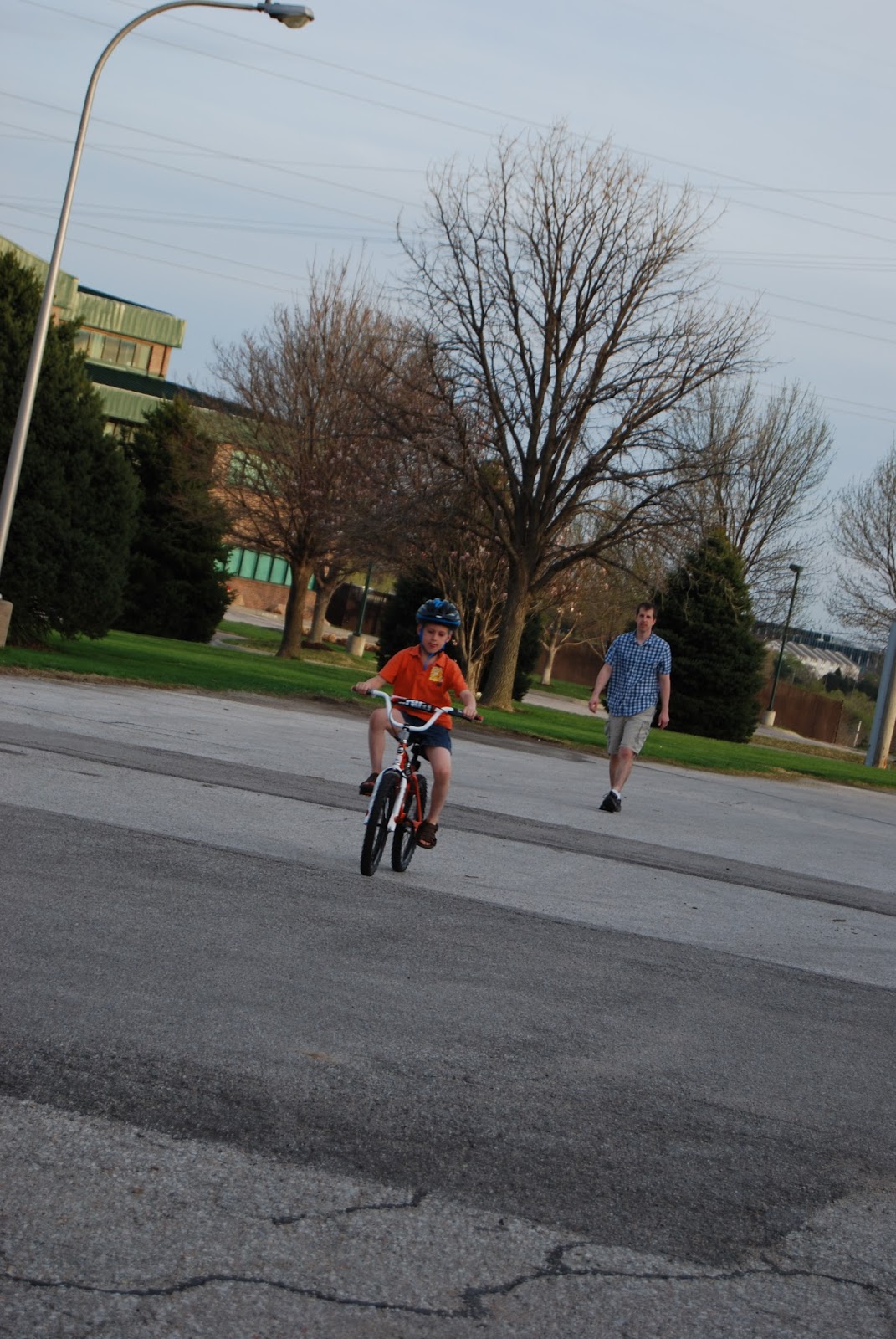 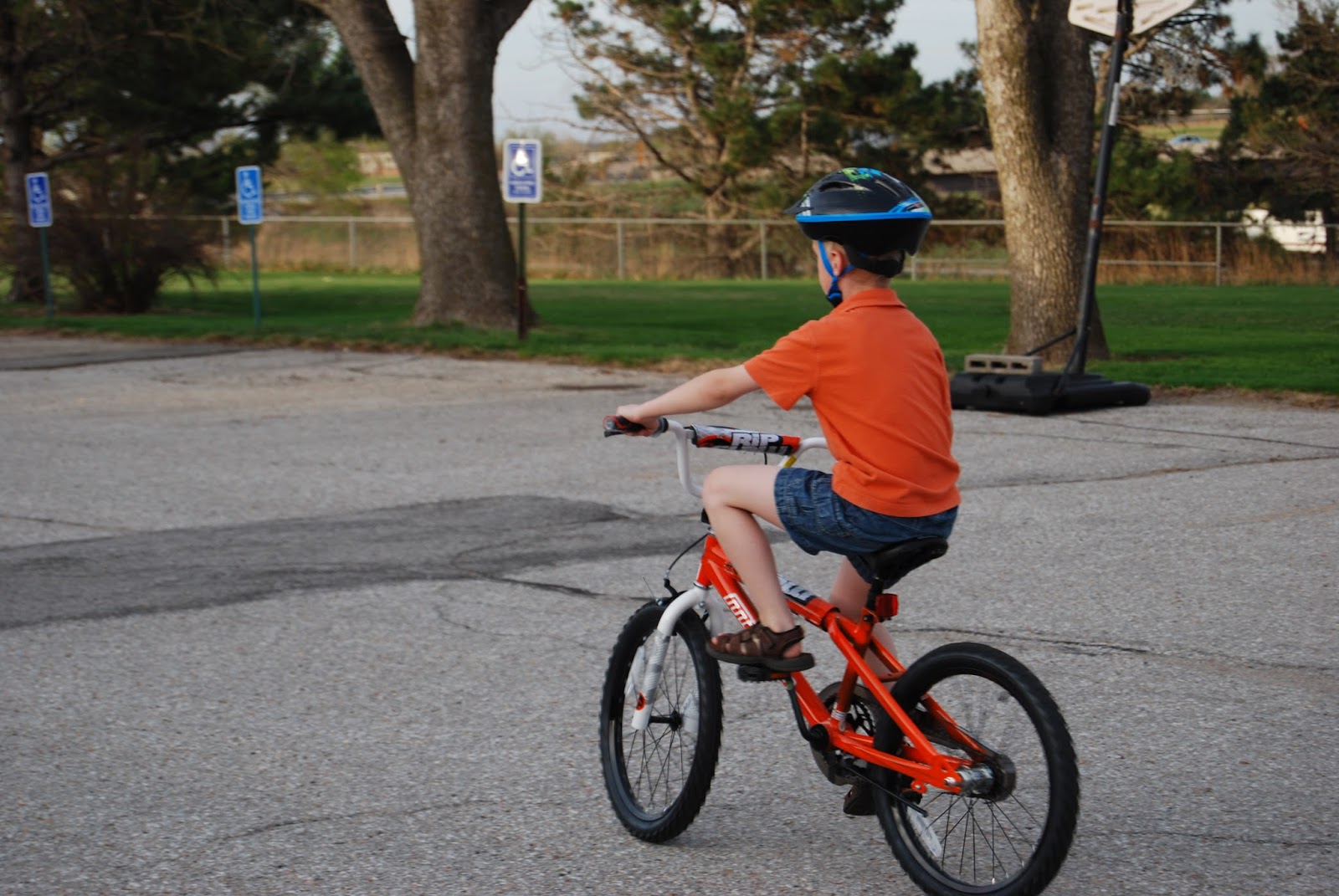 Ian wasn't the only one out there cruisin' tonight. Annaliese was flying on her bike and loving every minute of it. 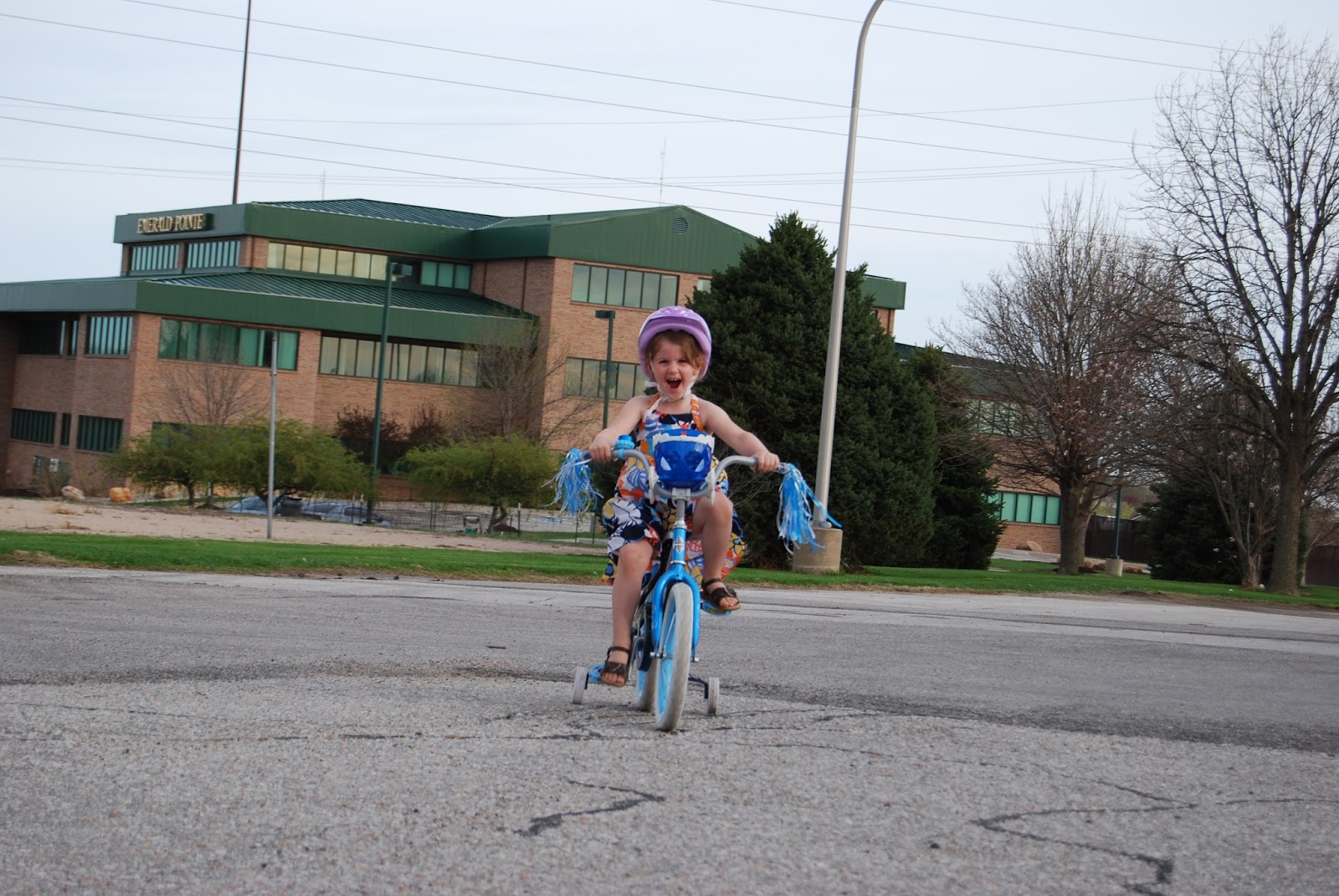 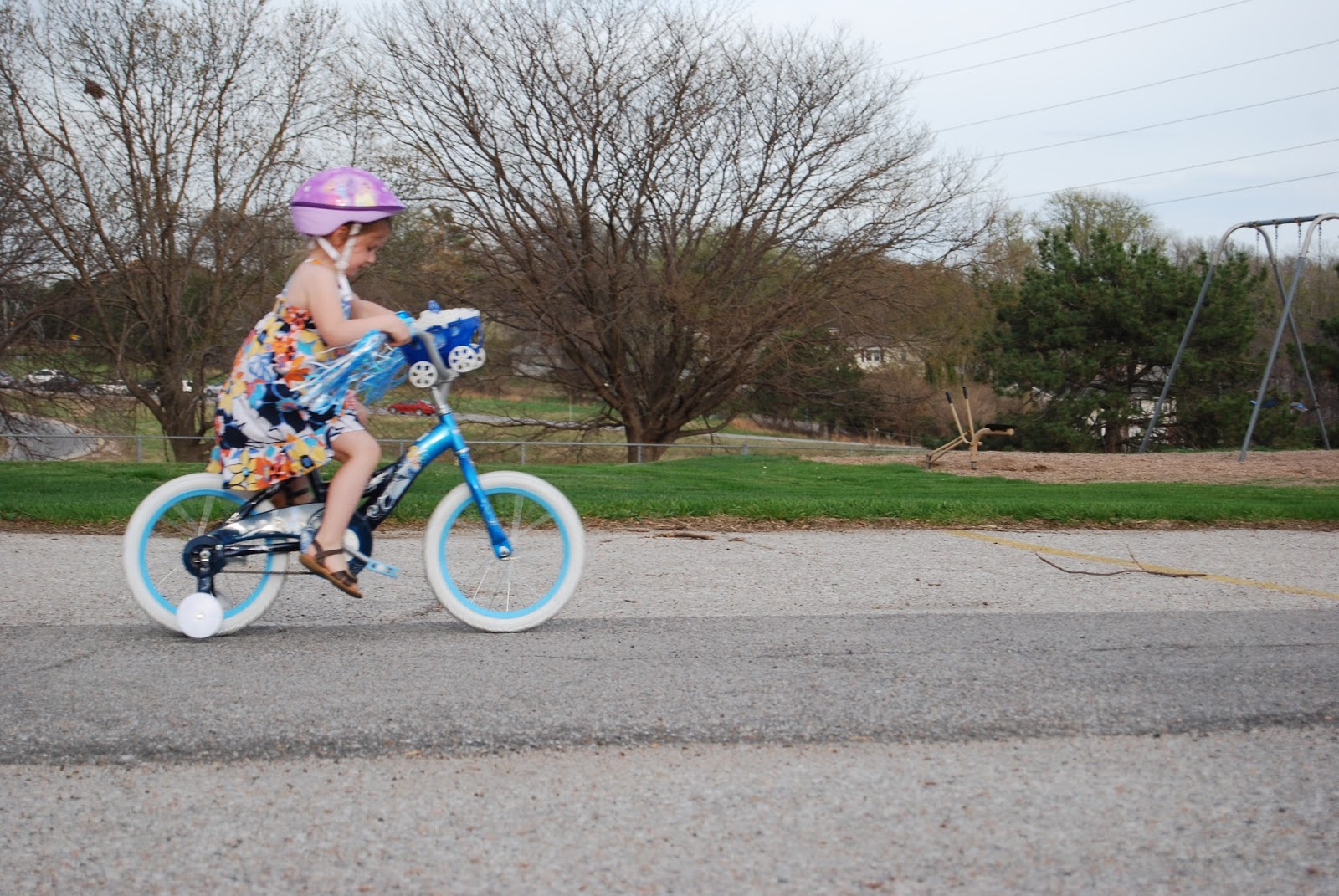