It's been a while since I've posted, but I was a crazy-quilting lady these past few weeks. Why is it that I wait until December to decide I'm going to make people gifts, never leaving myself enough time to get things finished?

On Friday the 18th we met up with Marlena and Noah to see Santa. We waited outside of Creighton Hospital as he was supposed to come in on his helicopter, but because of ice in the clouds, we watched him arrive in a security car. 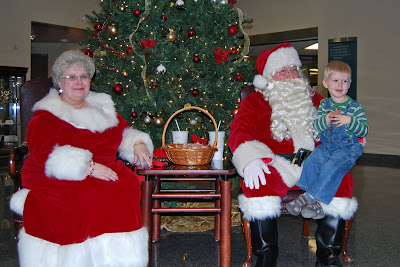 The day after my quilt group got together. We exchanged ornaments like last year. I made the eaten gingerbread man, Marlena made the snowman, Virginia the bulb, and Sara the folded red/green ornament. 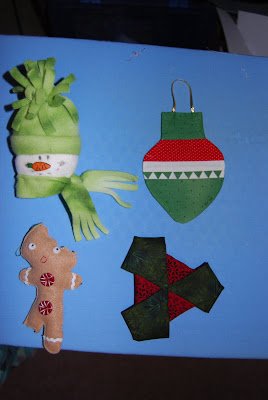 This year has been the most fun yet as far as Christmases with Ian go. Last year he was just getting the hang of opening gifts and such. This year he is a pro. He also understands now that Santa leaves presents under the tree while he's asleep, and it was fun to watch his reaction in the morning when he realized Santa had come. He's become a great helper as well. He passed out most of the presents at all of our Christmases. Of course, he can't read anyone's name except for his own. He'd see a package that had an I on it and think it was his- even if it was from him instead of to him. He was also smart enough to realize that after opening presents at our house, Santa hadn't given him a combine or semi- good thing there were more Christmases to come.

Here are a few highlights of our Christmases: 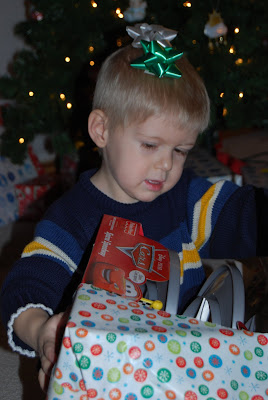 Opening his Cars racer from Marlena and Noah. 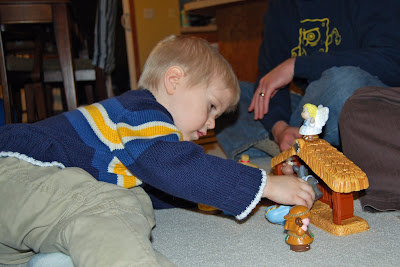 Showing Marlena how her nativity should be set up 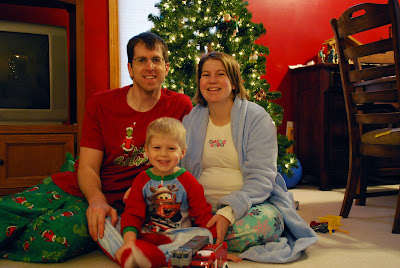 Showing off our new Christmas pajamas 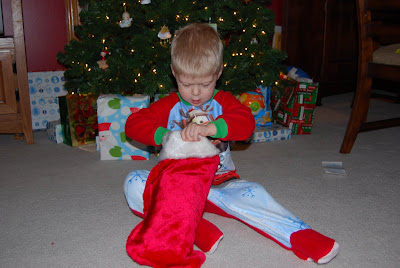 Digging in his stocking from Santa 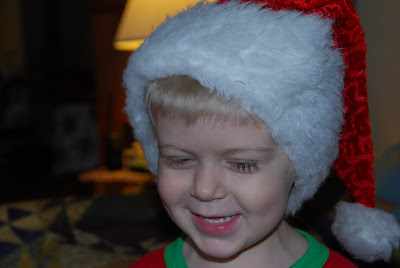 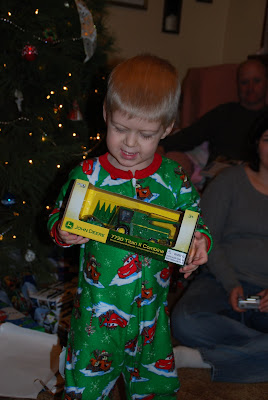 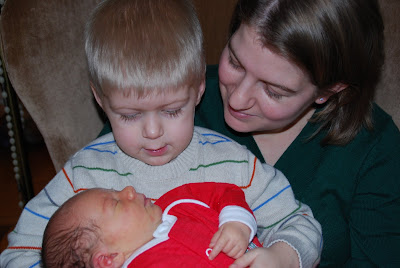 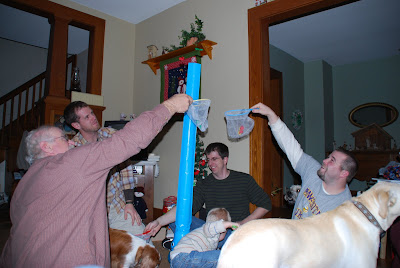 The boys having fun with Elefun (notice Ian oblivious to them coming out the top- he just picks up the ones everyone else misses, which proved to be a winning strategy). 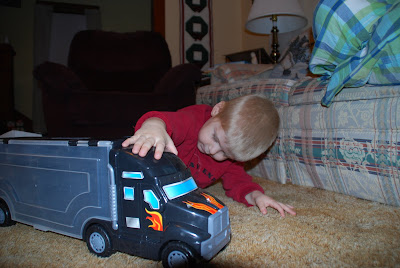 Playing with his new semi


This is definitely just a sampling- I think we've taken about 150 pictures so far this season, and we still have two Christmases this coming weekend!
Posted by Colleen at 10:54 AM

Looks like you had a great holiday, and it will only get more fun as the second one arrives and joins in all the festivities. Where did you get those Cars pajamas? I think they would be a huge hit in our house and I haven't seen them anywhere I've been.