We've had some weird weather lately, and if the extended forecast holds true, it may get weirder. Guess that's normal for Nebraska in March. The weather at the end of last week was gorgeous- near or above 70. While I was working late for parent-teacher conferences, my boys were having a blast here at home. Ian wore his sun glasses for the first extended amount of time, and seemed to have a blast while wearing them. 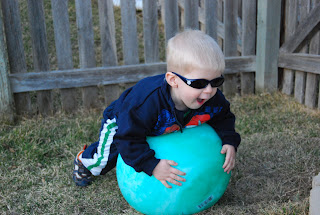 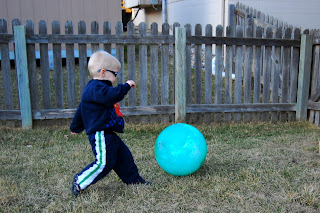 Things took a bit of a turn tonight though, as sirens sounded and hail fell from the sky. Quite a bit of it accumulated where my crocus were open just a few hours earlier. What once looked like this: 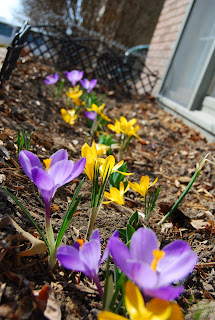 was shortly covered in ice. The big pile in the corner wasn't placed there, it was like that when I looked outside. 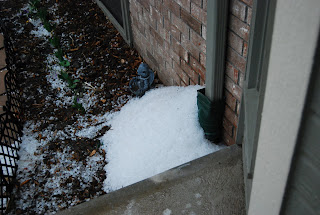 And for this weekend, they're forecasting snow- one week after we were in the 70's. CRAZY!

Saturday was National Quilting Day, so I HAD to touch fabric that day. I worked more on my March wall hanging. All that's left if for it to be quilted. I pushed it to the side, though, as one of my friends turns 30 at the end of the month, and I figured I should probably get working on her gift. Here's a peak at the fabric. I'll post a final picture once it's finished and gifted. 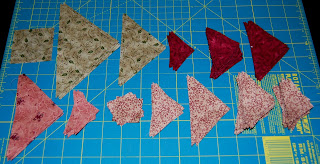 Better get to work on finishing it!
Posted by Colleen at 8:38 PM