Last night we saw the fireworks at Rosenblatt for the first time since we've been in Omaha, and it will be the last time, as Rosenblatt will be no more after this baseball season. We had some of the best free seats thanks to Sara, sitting up by the botanical gardens at Kenefick Park with her, Marlena, and Noah.

Before it got dark (and even when it was dark) Ian was obsessed with the two trains that were up there. All he cared about was walking over there and looking at them, even when the sky was lighting up with fireworks. 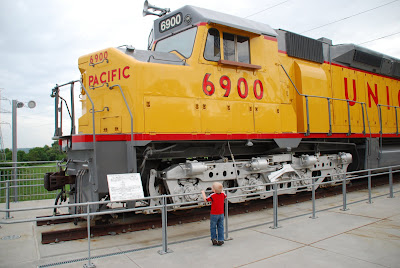 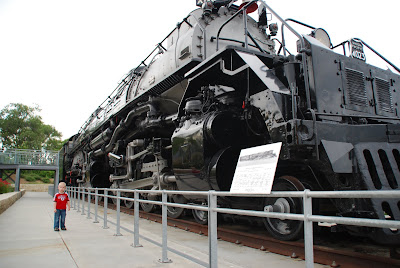 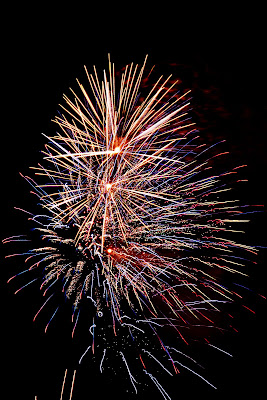 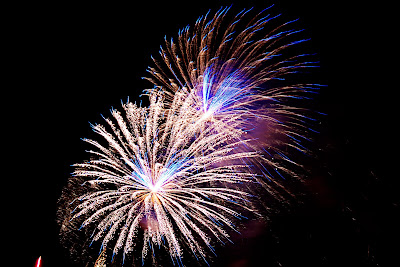 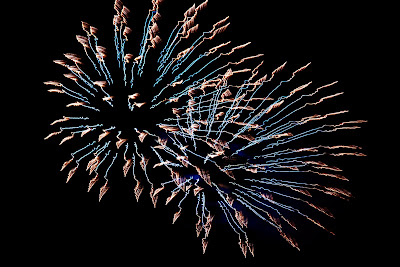 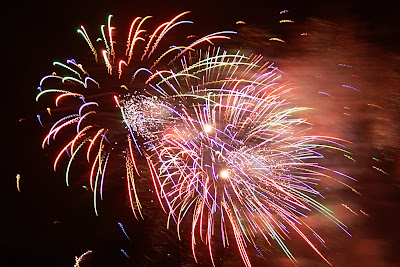 Everyone got to sleep by midnight, and thankfully the kids slept in this morning: Ian until almost nine, and we woke Annaliese a little past noon (that's TWELVE hours!).
Posted by Colleen at 10:25 PM