Spring Break... and then some

Today I returned to work for the first time since Thursday, March 15. Thanks to a sick Ian that Thursday night, I got Friday off, followed by a week of spring break.  It was my last spring break I'd get to spend by myself, as the kids still went to school, and next year Ian will have break right along with me.  It was a good one to go out on. 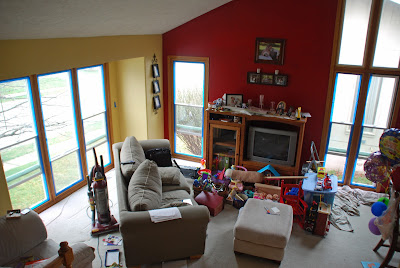 This is how our living room started off looking at the beginning of the week. I spent quite a bit of time Mon-Wed staining the wood around our windows from when they were replaced. (I won't mention how long ago that was actually done).  I also did some caulk work around the kids' tub, organized the kids' closets, ran TONS of errands, and cooked (plus read a book, went to the movies, watched some TV...). 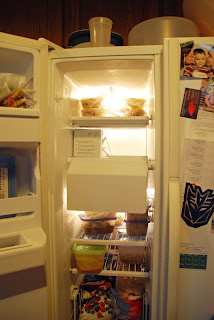 This is how our freezer looked by the end of break. Darrin would never complain about his lunches, but I could tell by his sighs every morning when trying to figure out what to have for lunch that he'd prefer some options other than sandwiches.  So I set about to rectify that this week, making double portions of our dinners and freezing them in single servings for Darrin's lunches.  The top shelf is taco cornbread bake made in individual ramekins for him to take.  On the second shelf, in the back, are homemade pizza pockets/calzones.  I took this pizza dough recipe, doubled it so we'd have pizza for supper and then turned the rest into pockets. It worked really slick and he says they taste great. In front of that is some leftover honey bourbon chicken (even though it contains no bourbon).  Also on that shelf is some brown sugar chipotle pulled pork that I added BBQ to after I shredded it.  Last but not least, on the bottom shelf, is some lasagna, recipe courtesy of his mom.  He's set for awhile, though he'll probably go through those pretty darn fast!

Saturday was another day of swimming lessons for Ian. Only today was diving board day. We all went along to watch and he is so comfortable up there now. So much different than two years ago when he started lessons.  Now the teacher just has to count to three and he jumps right in.  He told me the other day that he wasn't scared because he knew God and Jesus would be there with him.  And his teacher, Miss Jill.  He'll get another chance at it this Saturday as well.  Saturday afternoon and night I spent scrapping with Marlena, getting all caught up on my project life spreads and working on the layout for this week's issue challenge over at Club CK. 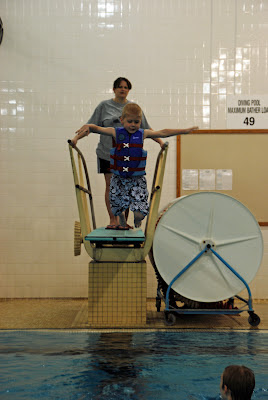 Sunday the weather was perfect, and after church and lunch, we worked outside mowing the yard, trimming rose bushes, planting my summer bulbs, and doing something my dad would be proud of- washing my car. 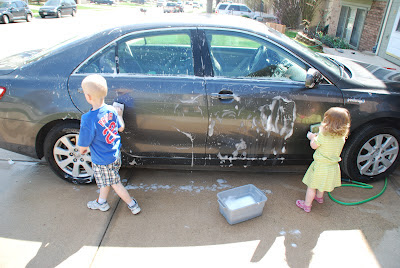 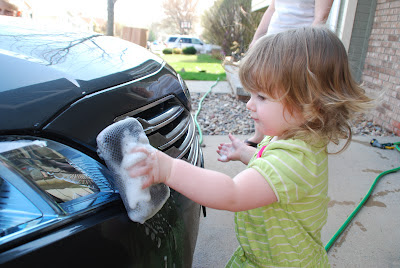 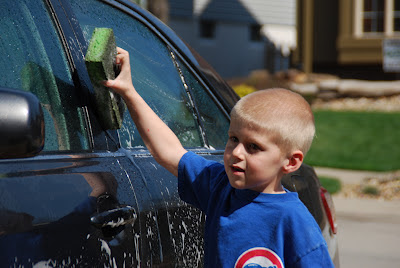 And today after work, with the weather again around 80 degrees - IN MARCH - there was more playing outside. 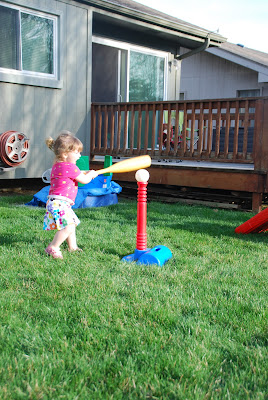 Yes, Annaliese is standing backwards, but we didn't dare try to get close and correct her, or she'd swing and hit us. 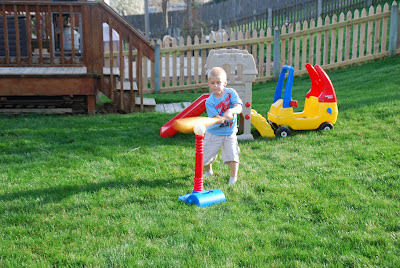 Ian was so serious with his hitting, and absolutely loved it.  He hit many home runs over the neighbor's fence.


Before bed tonight, Ian had to show us his latest Lego creation. The other night during prayers he thanked Jesus for his large bucket of Legos because, "I like to build whatever I want."  Well, tonight he built a mechanic garage with the mechanic working on a snow plow. I asked if it was Grandpa Dan, and it wasn't, but it's a snow plow nonetheless.  He went with Darrin on Saturday to get his car worked on, and we figure that's where he got the idea. 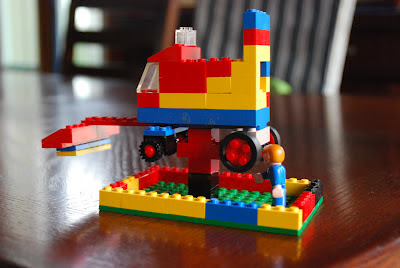 Wow Ian is awesome with the legos. He even has it up on the lift. Great job Ian!

Impressive pictures, having the kids wash your car for you and Ian's model of the mechanic's garage. Can't wait to see what he will build next. I copied a couple of your recipes too, thank you, can't wait to try them.