Today was "Visit Santa" day when Ian flipped the number.  I was worried when I wrote it on there last night it may not happen because of the weather forecast. It was snowing lightly when we left, heavier on the way home, but totally worth it.  We had a couple of options for where to see Santa, but opted for Scheel's.  We had to stand out in the snow for a bit, but then we heard the jingle of bells and looked up to see Santa arriving with his reindeer. 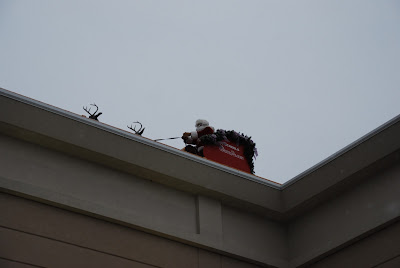 His elf checked the way down to make sure it was safe, and then Santa followed by rappelling his way down. 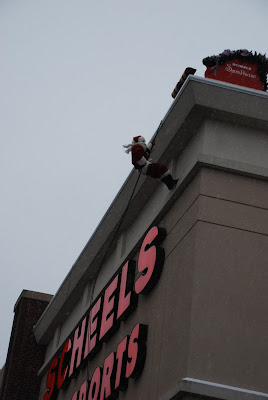 Inside we waited in line to see Santa.  Just as we presumed, Annaliese wanted nothing to do with him and Ian was shy.  Ian did tell him he wanted a camera that worked.  Santa wanted to know where he went to school and if he was a good big brother.  Annaliese did get brave enough to accept a candy cane from Santa and give him a high-five. 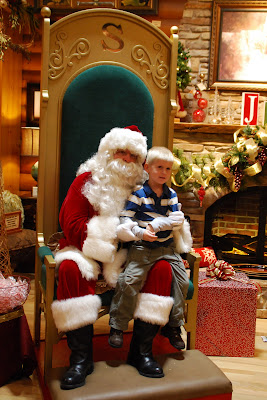 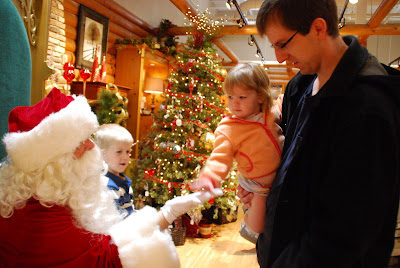 Along with seeing Santa, they were other festivities- coloring pages, a letter for Santa, balloon figures. We skipped those and headed straight to the Ferris wheel that's always there, only today was free.  Ian was a bit nervous in line, but he had a great time.  He and Darrin talked the whole time and he had a big smile on his face. 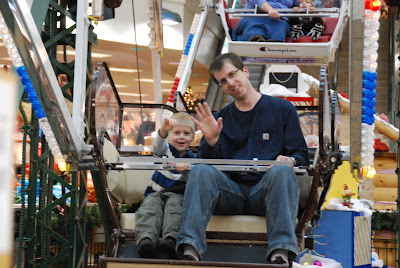 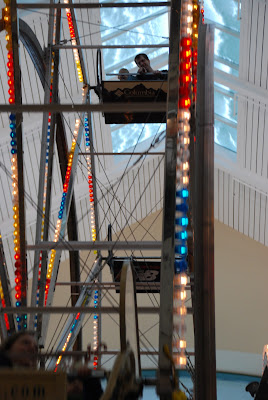 The snow was really falling, so we skipped the other activities to head home.  Annaliese fell asleep on the way.  Ian again said, "This day was the best!" to which we had to give him a hard time because he called yesterday the best.  Darrin and I had fun, too, and we'll probably head back there next year.
Posted by Colleen at 2:40 PM